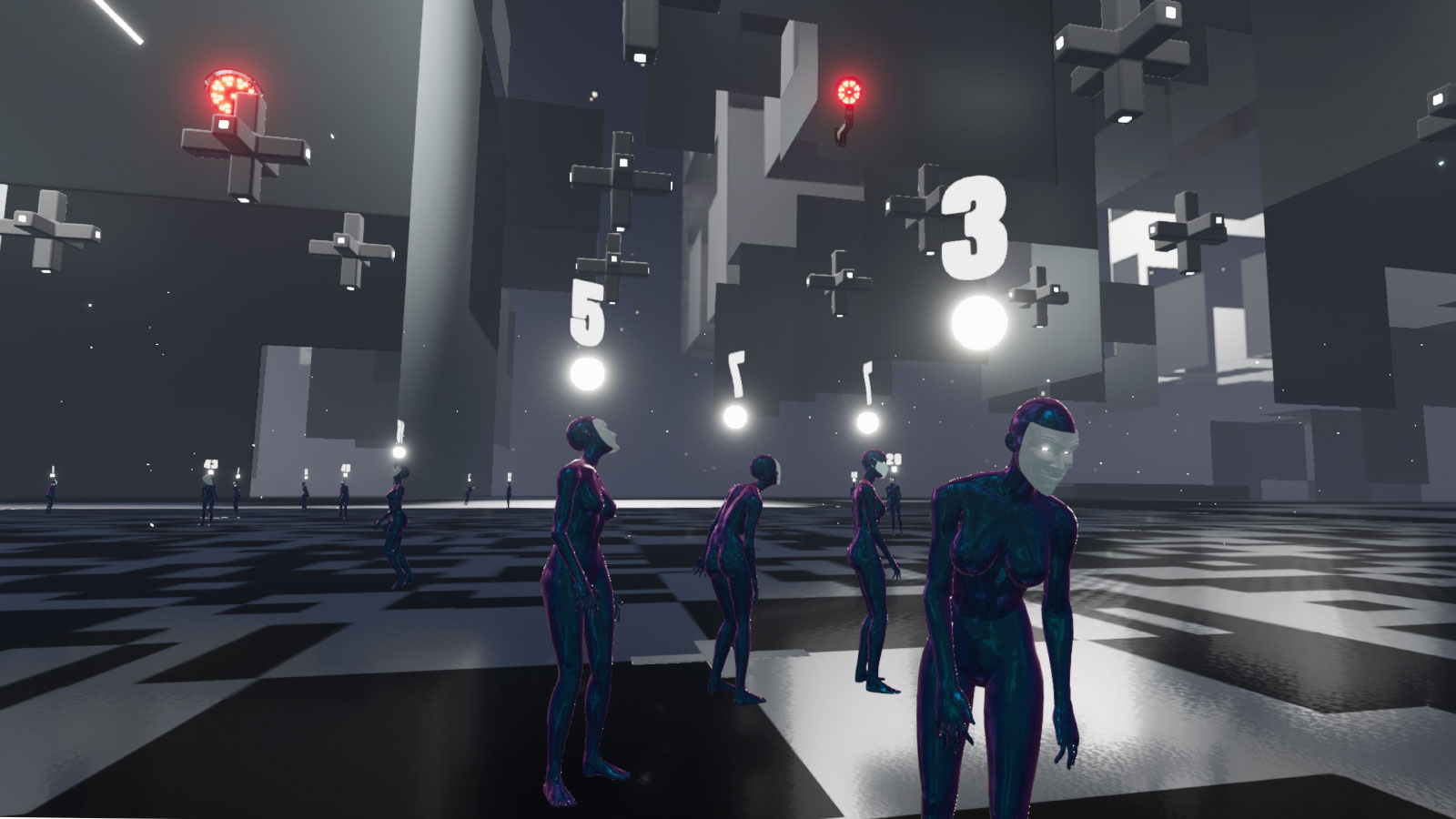 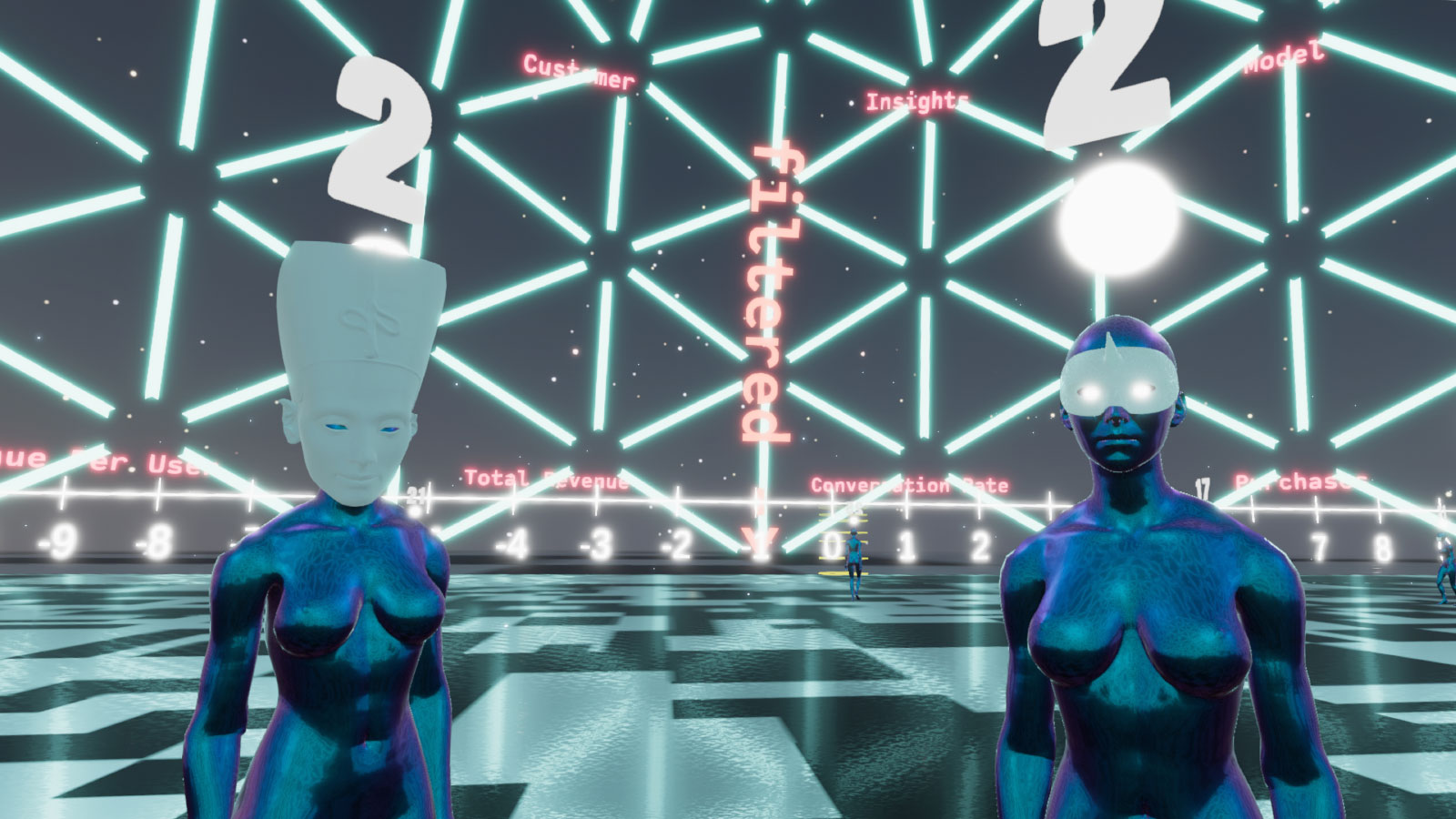 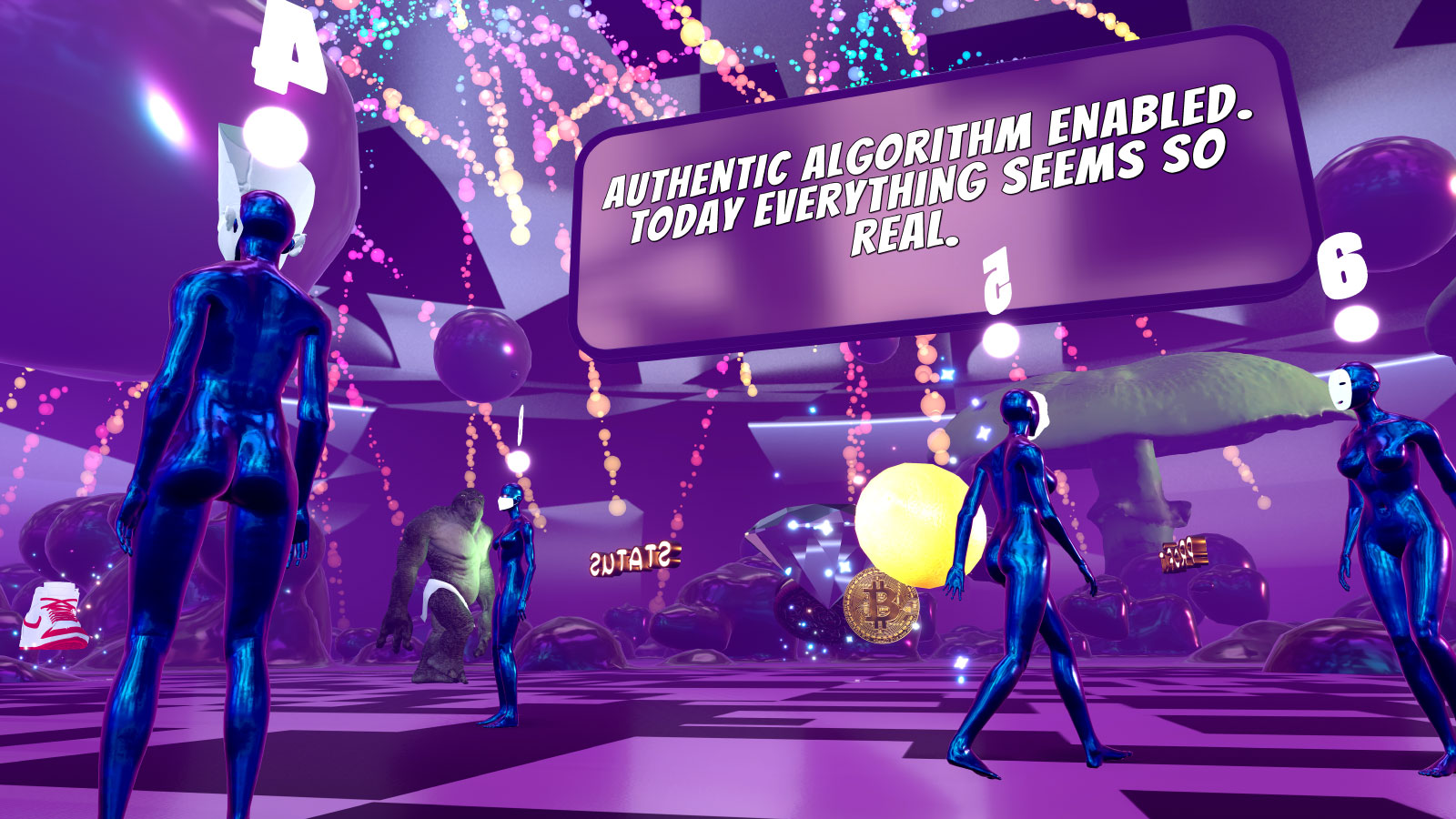 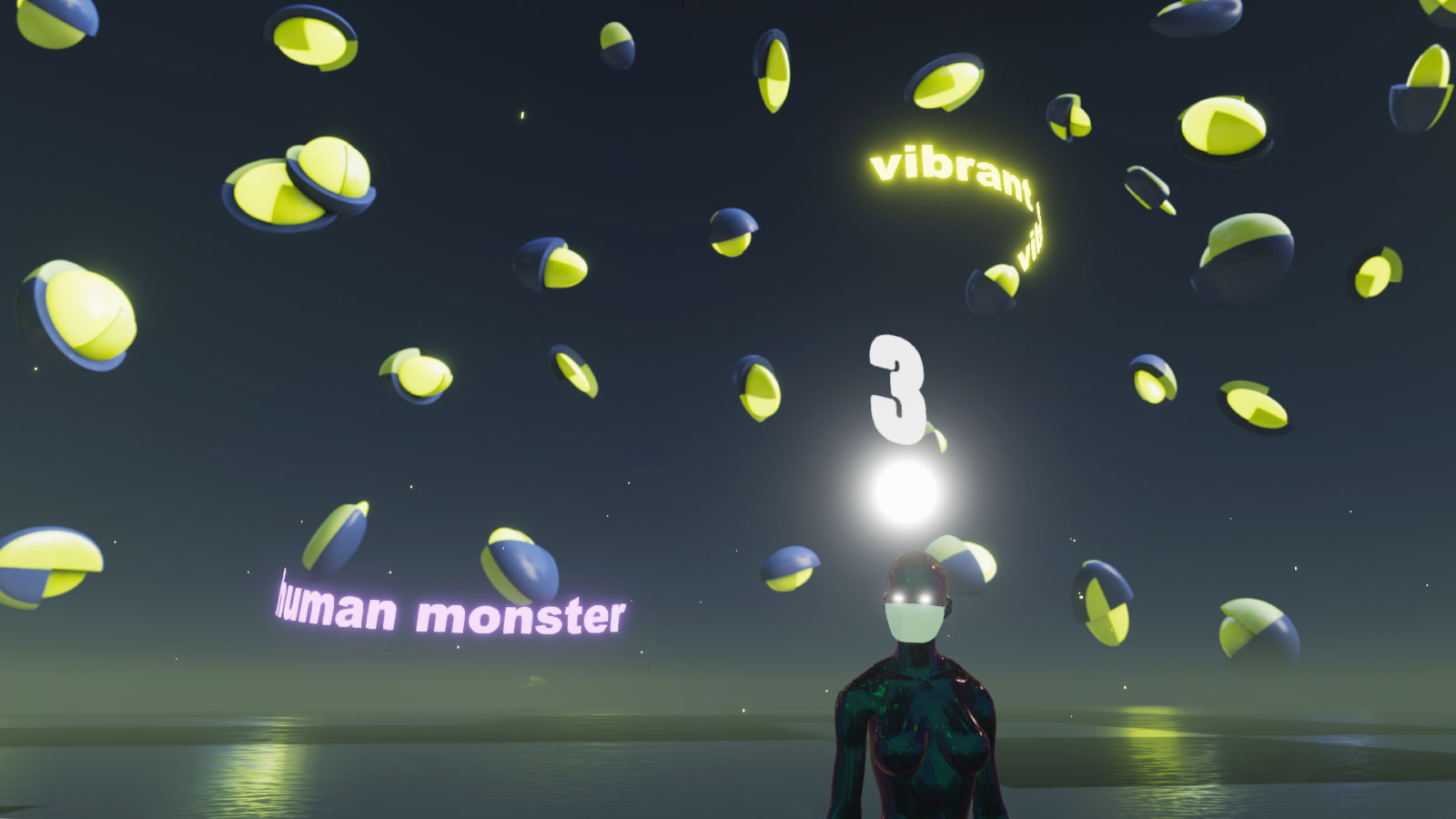 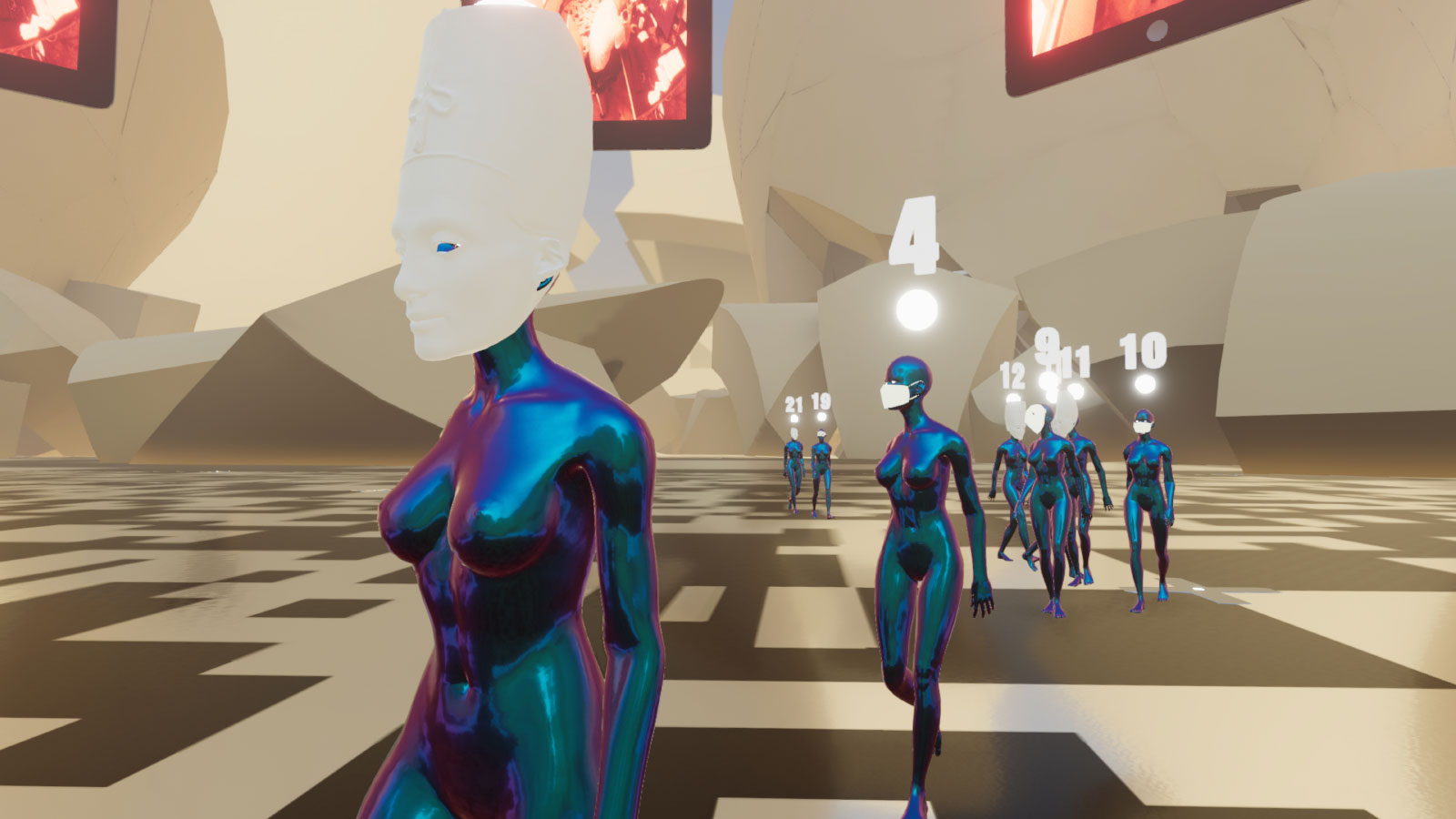 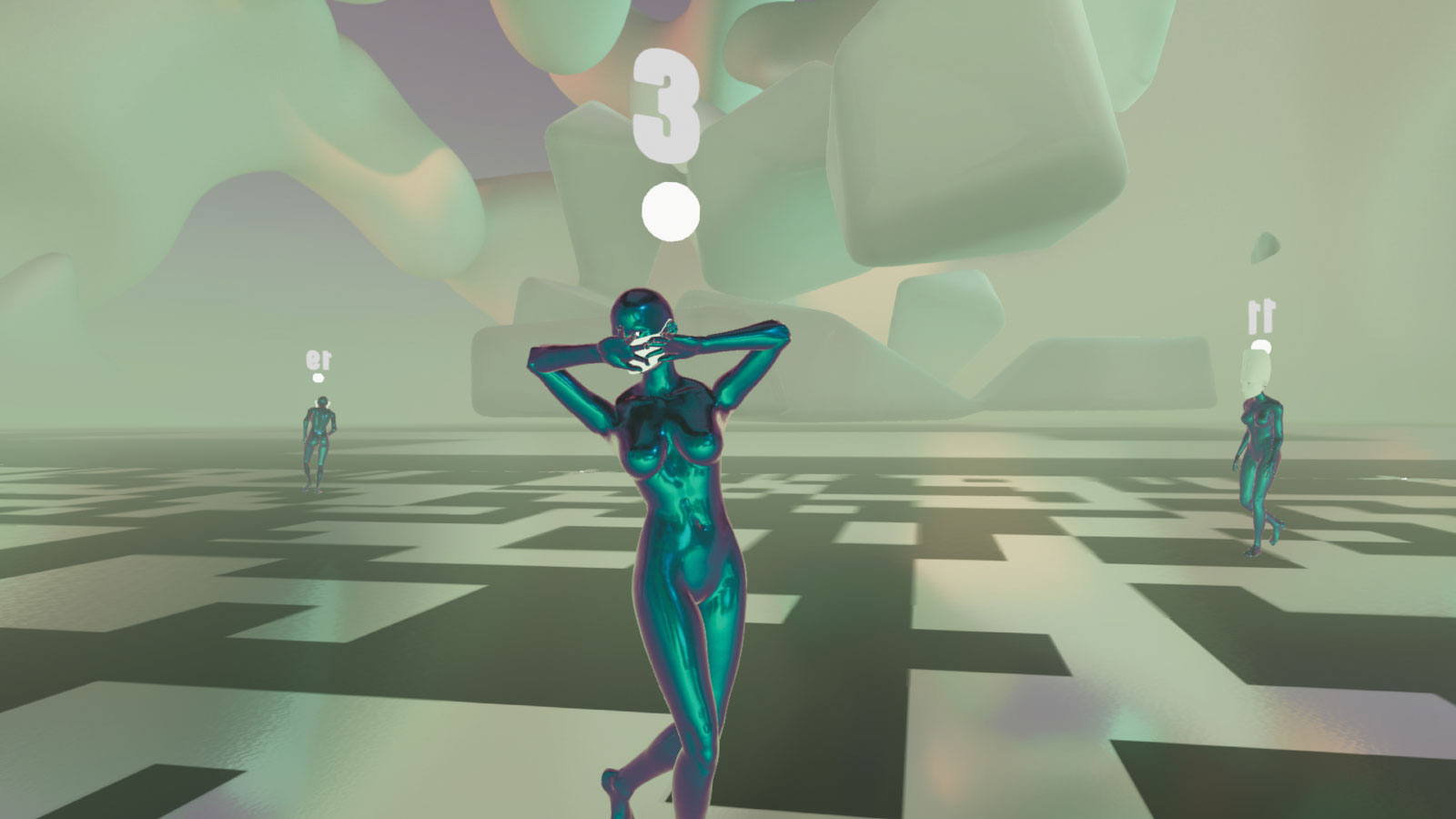 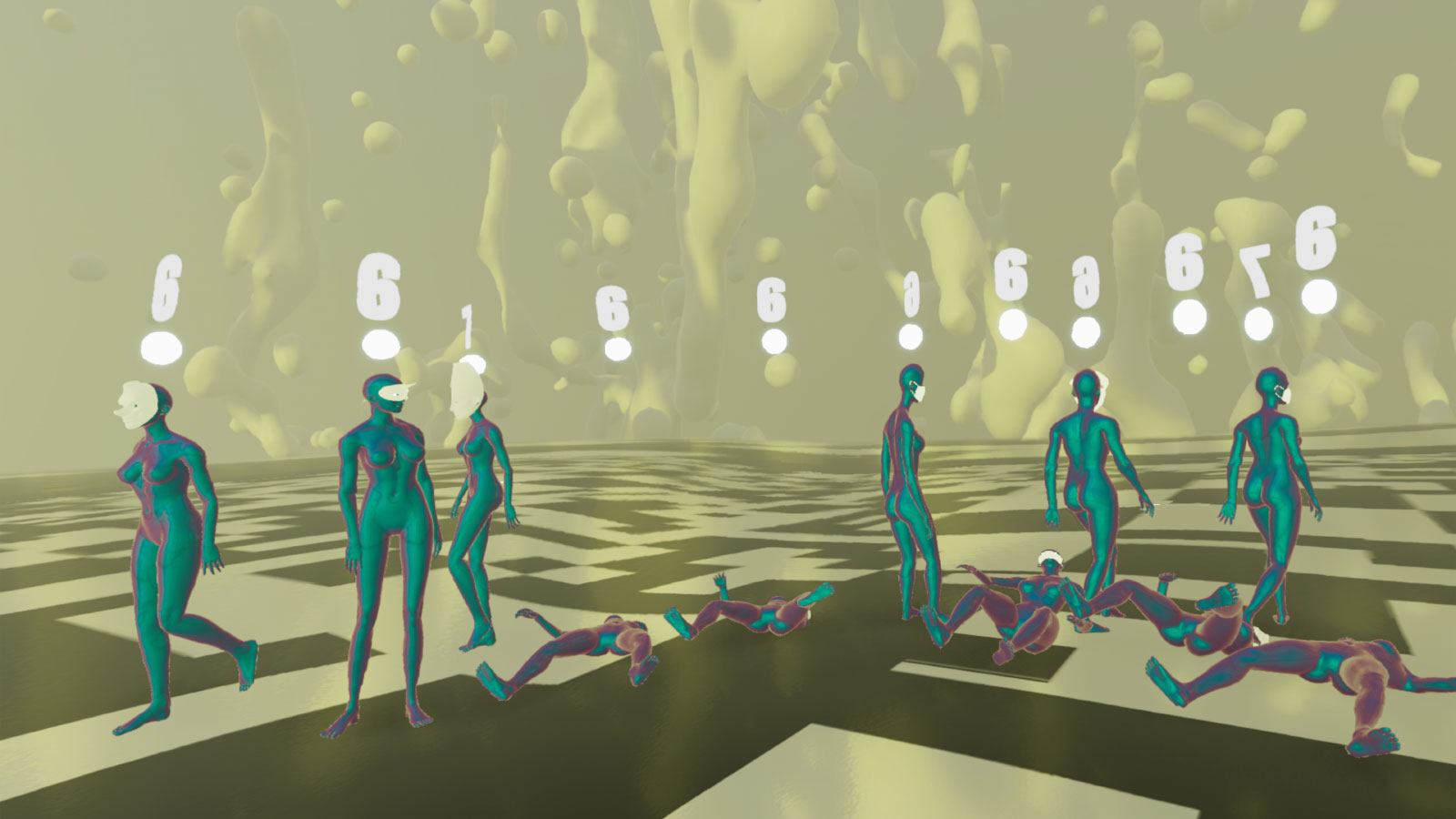 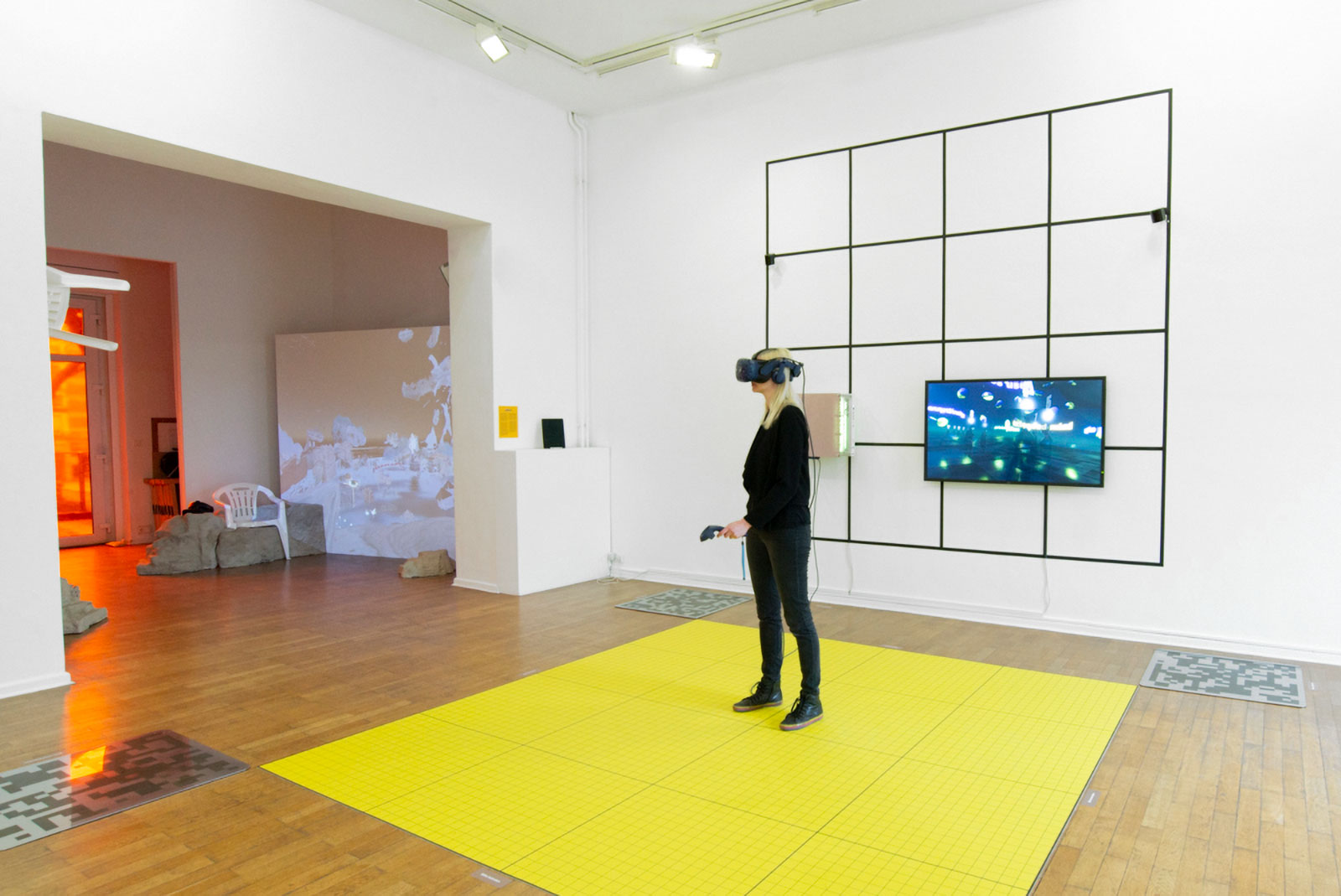 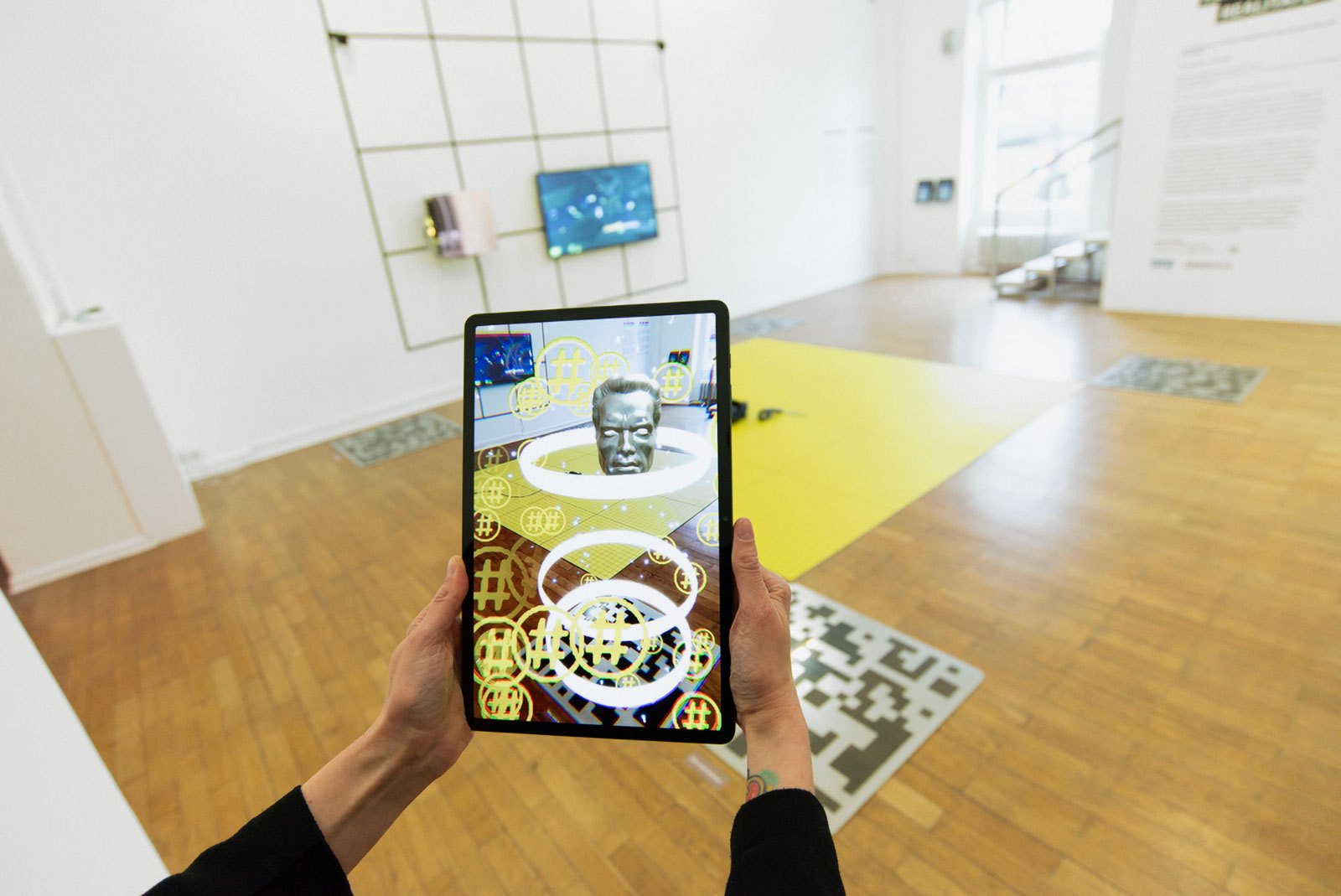 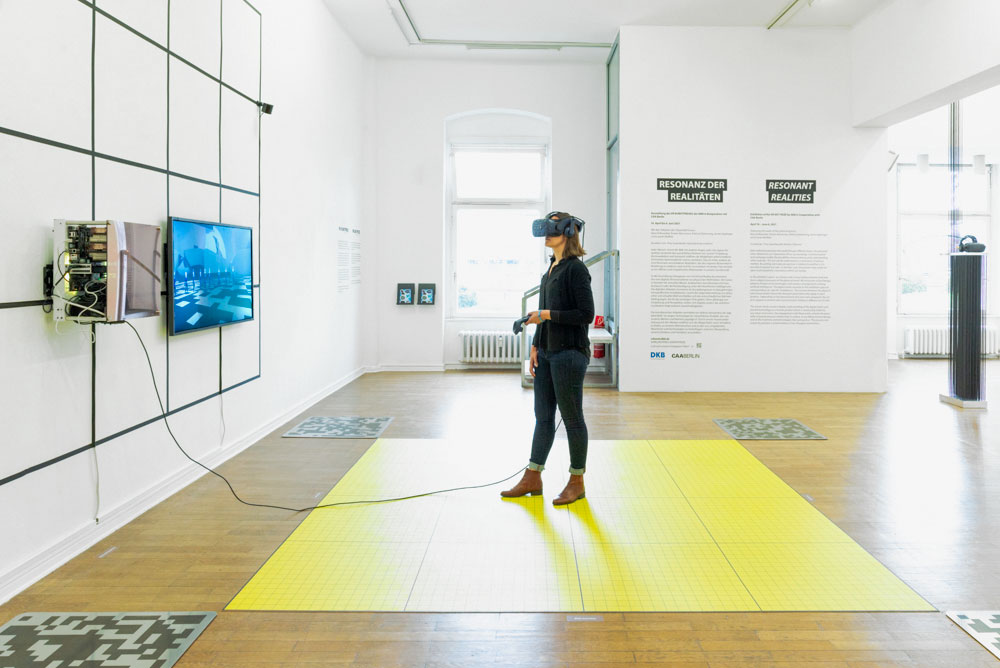 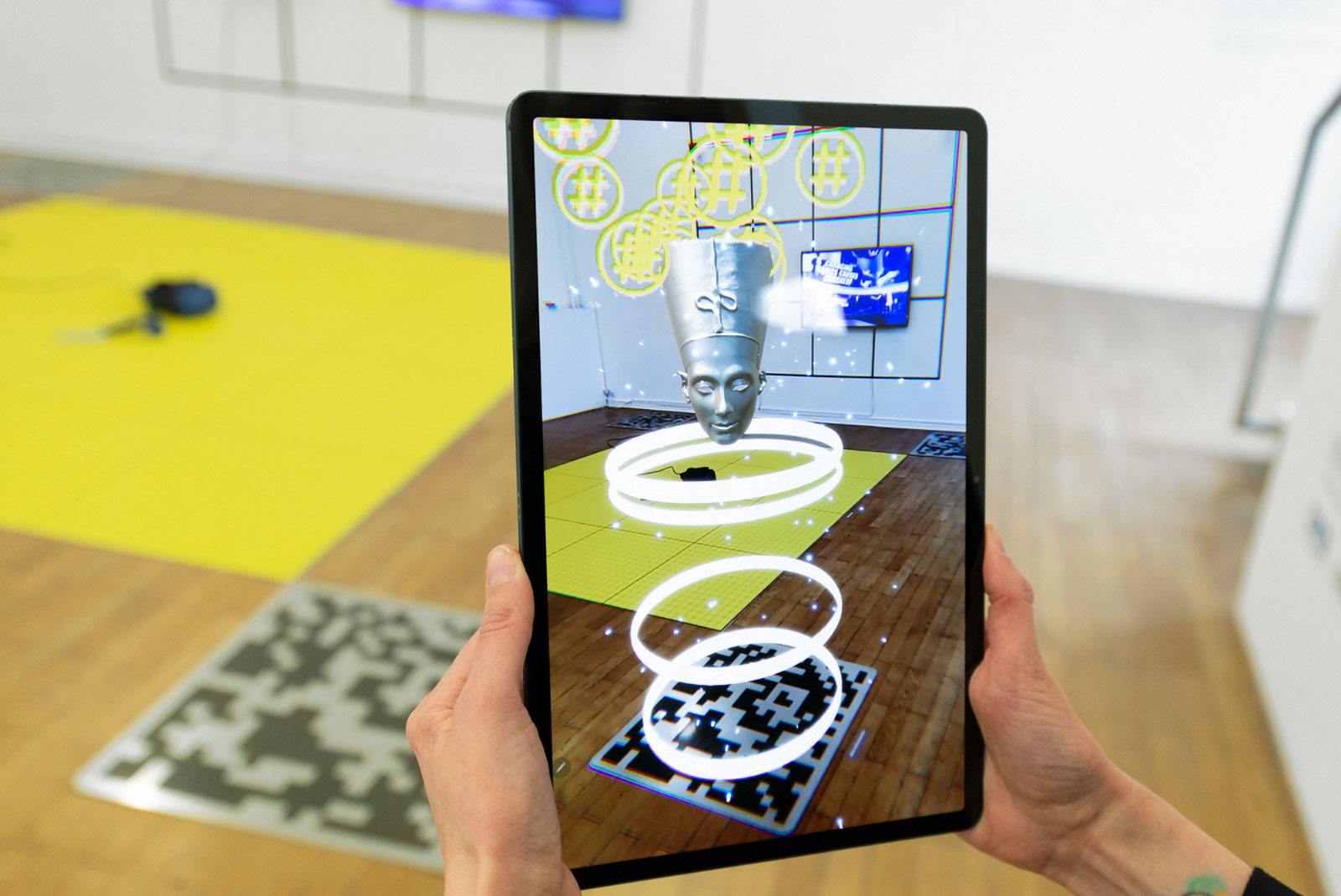 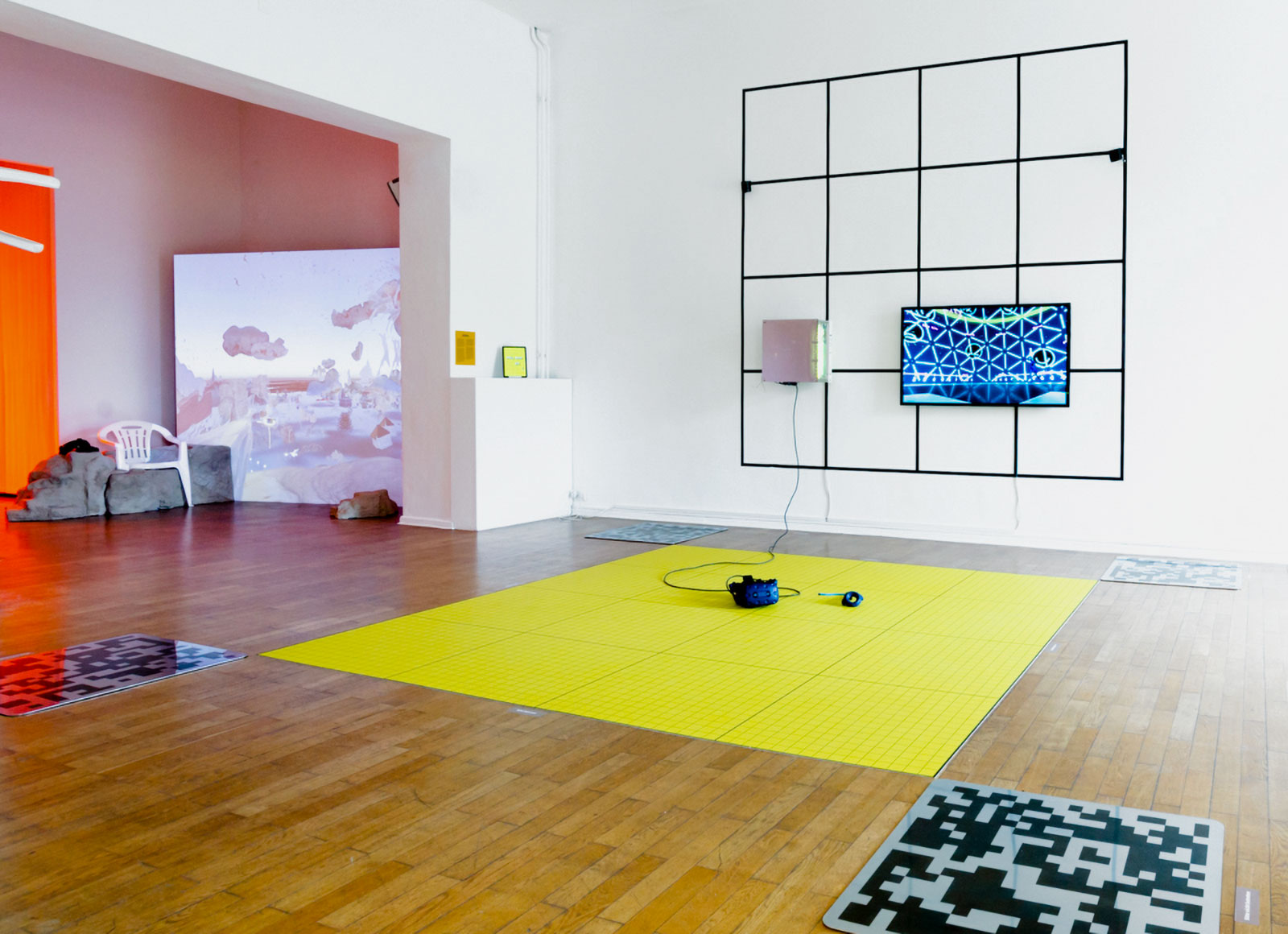 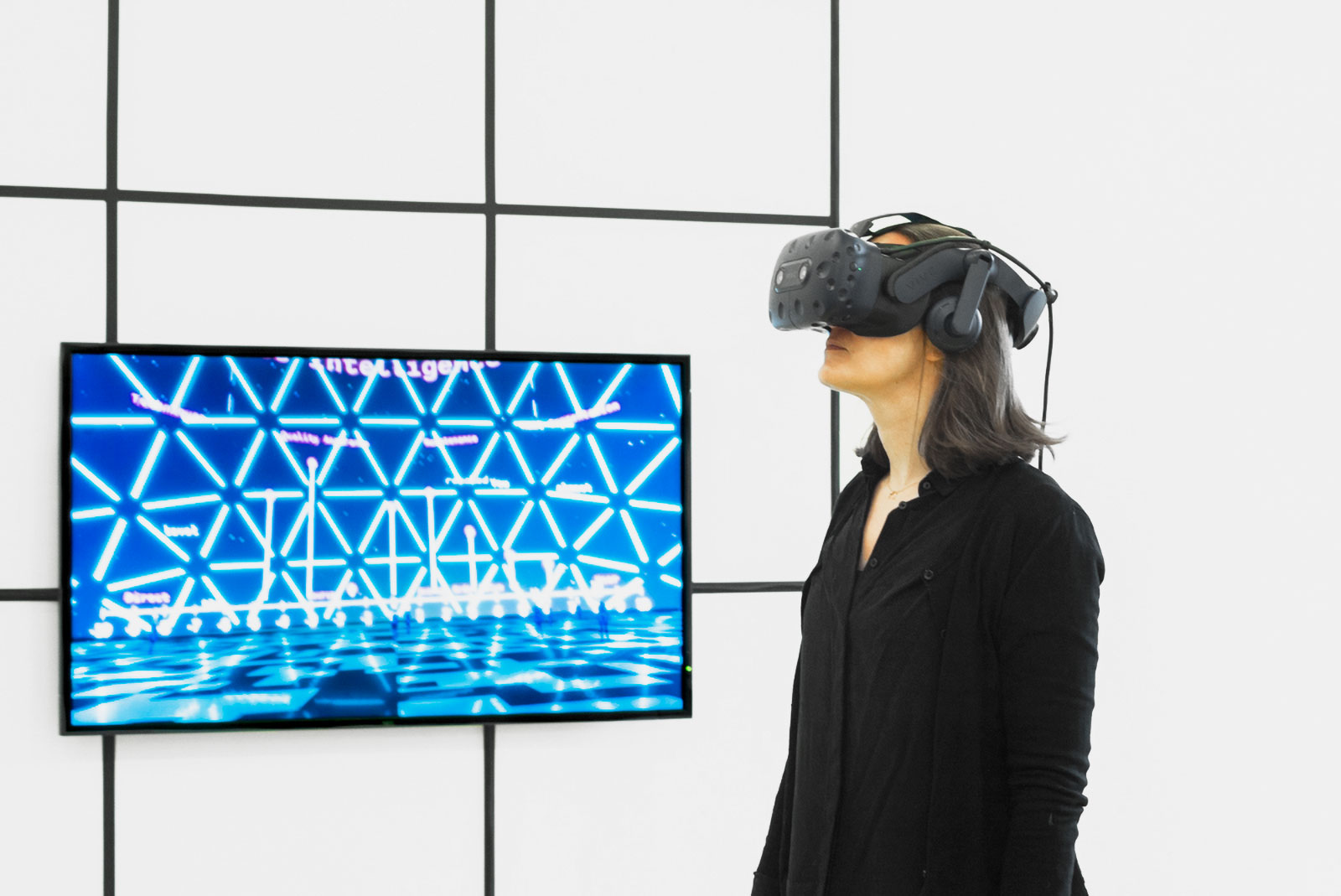 The VR experience Poly Mesh is an interactive, virtual chamber play in seven acts. In an apocalyptic future, the viewer encounters an artificial intelligence (AI) whose calculation of coming events has come to nothing. The appearance of the viewer tears the AI, represented by masked avatars, out of this homeostatic agony and forces a new loop of calculations in a final “job”, which now revolves entirely around the viewer as the great unknown variable. A new performance of the avatars begins, triggered by the human being as an error in the system. The VR experience is complemented by an augmented reality application that projects a virtual grid into the exhibition space; the word chains of the avatars can be played at its nodes.