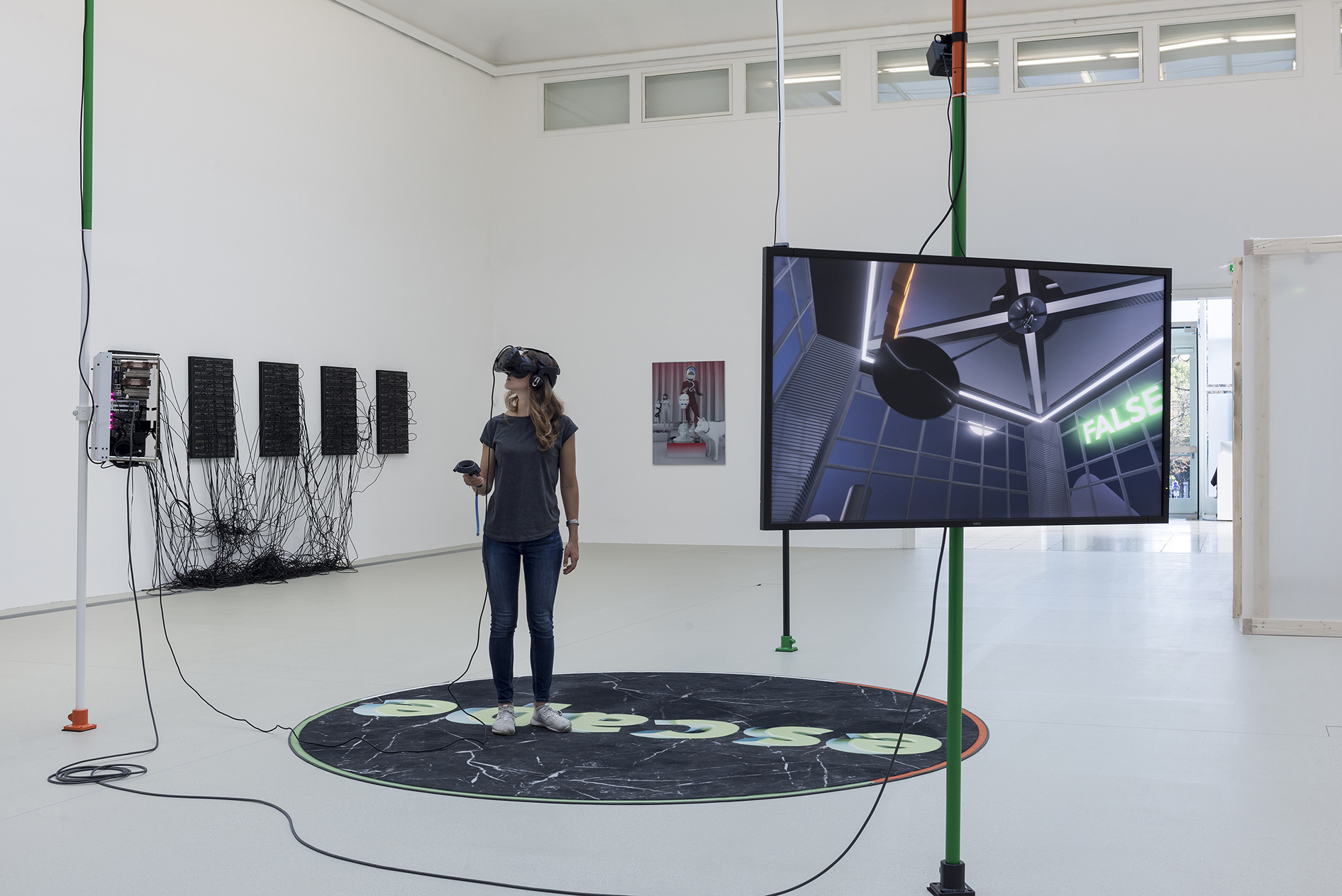 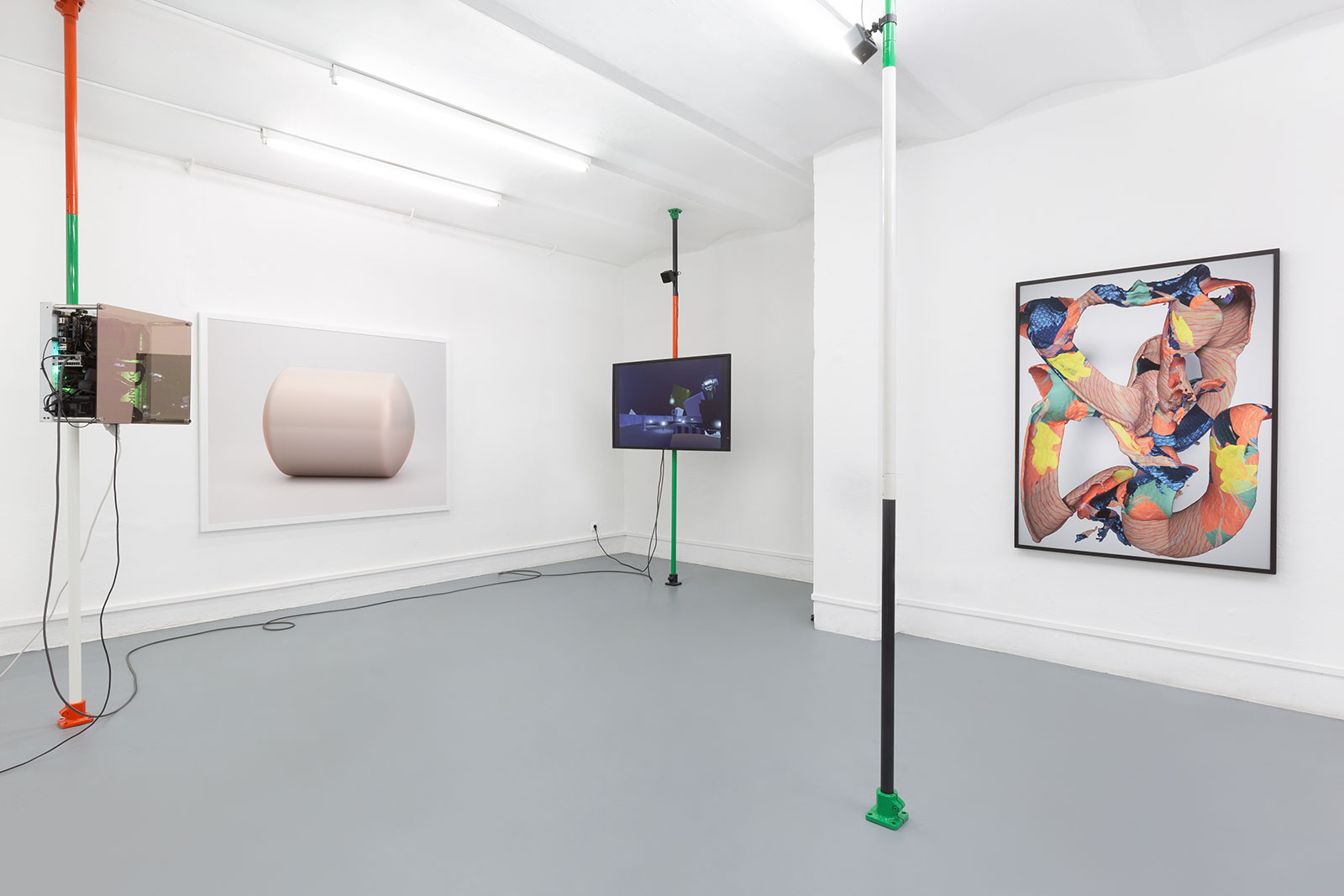 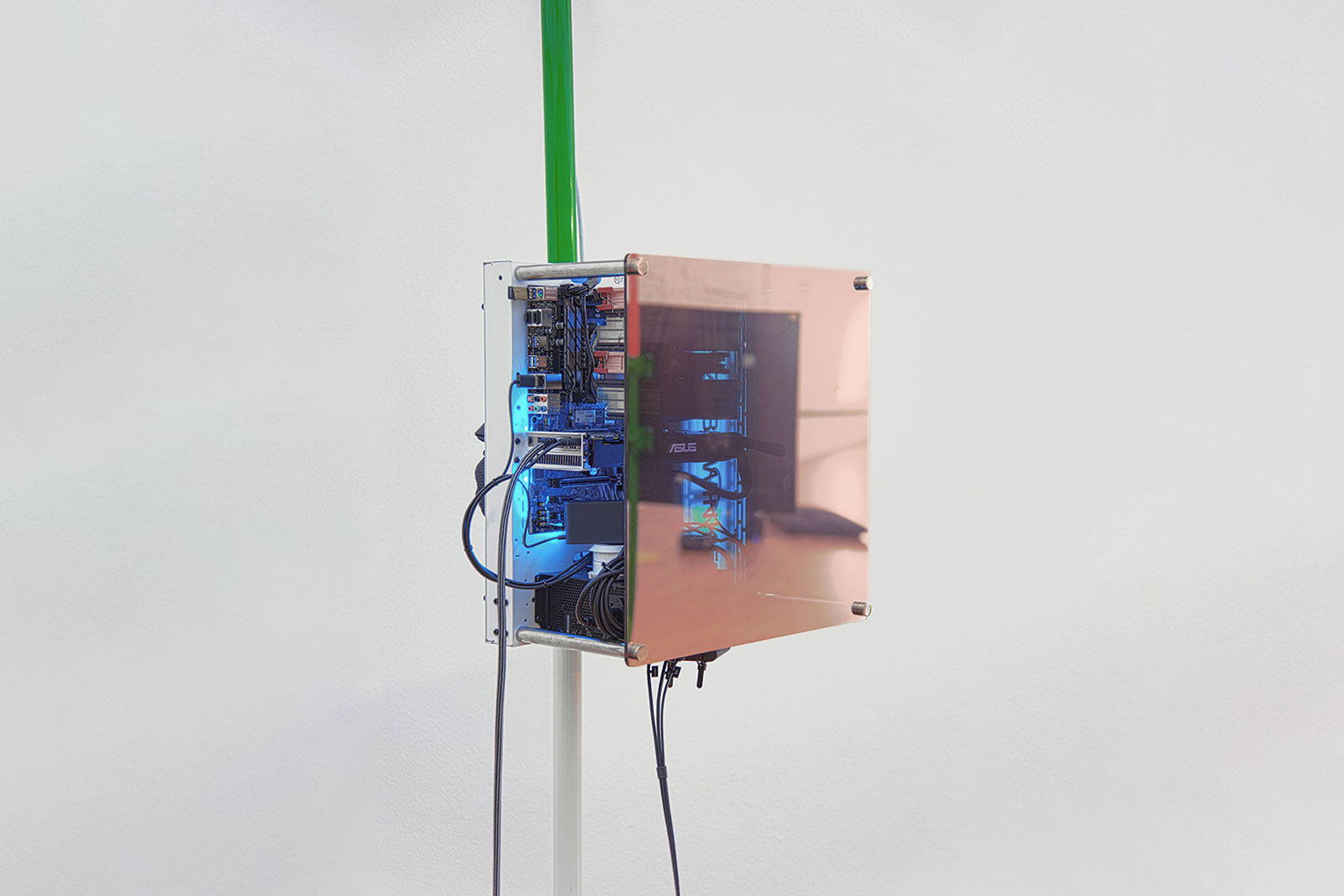 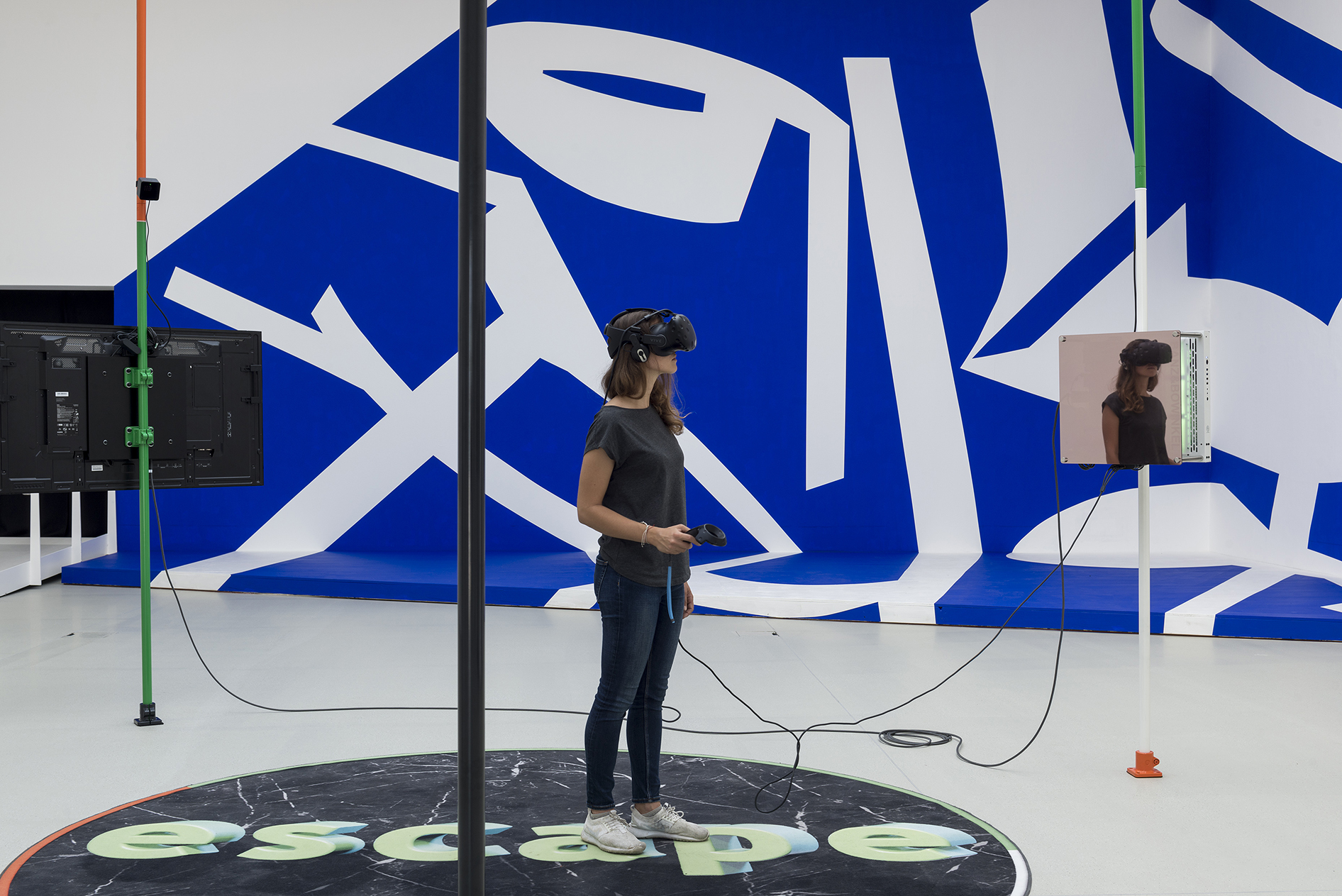 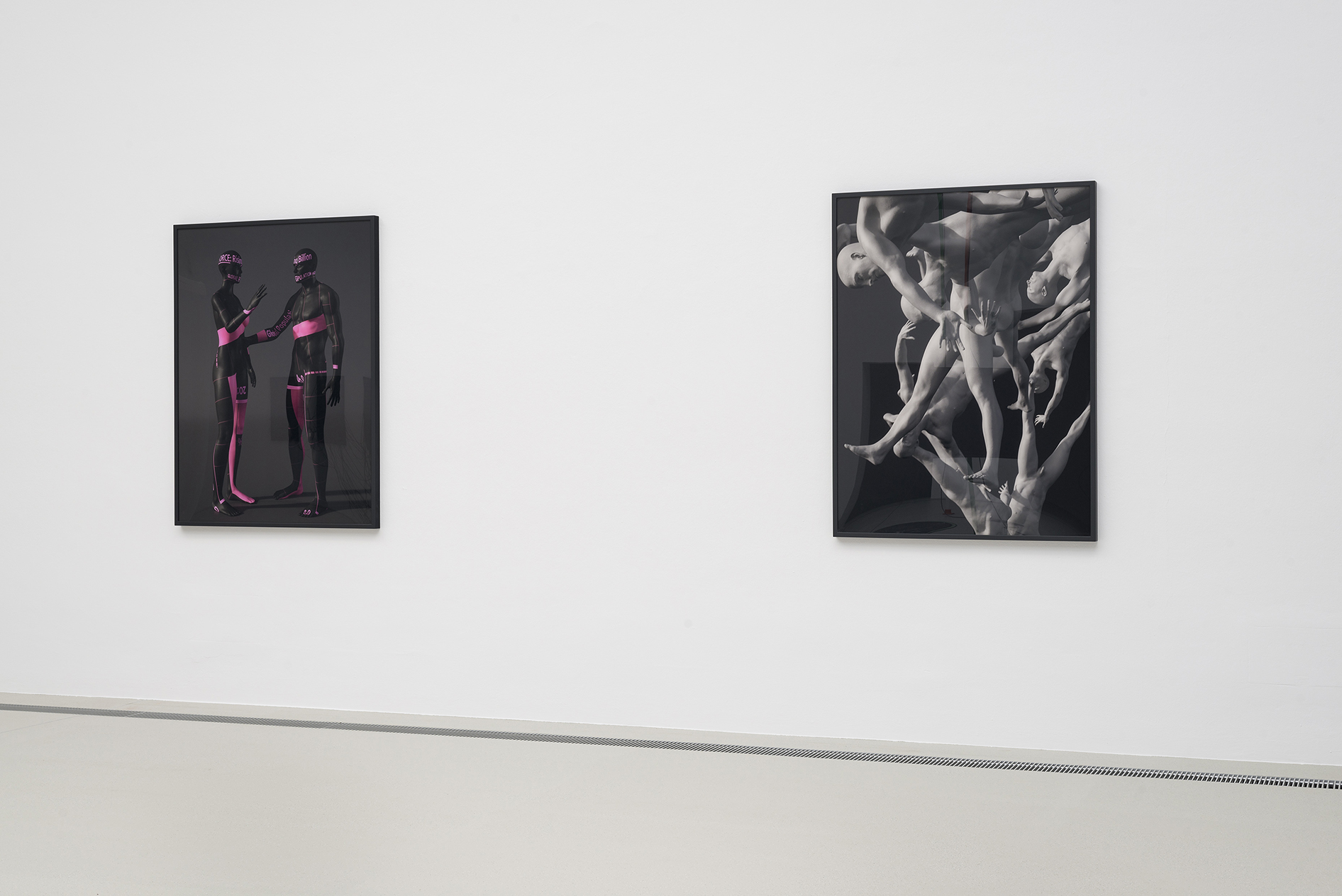 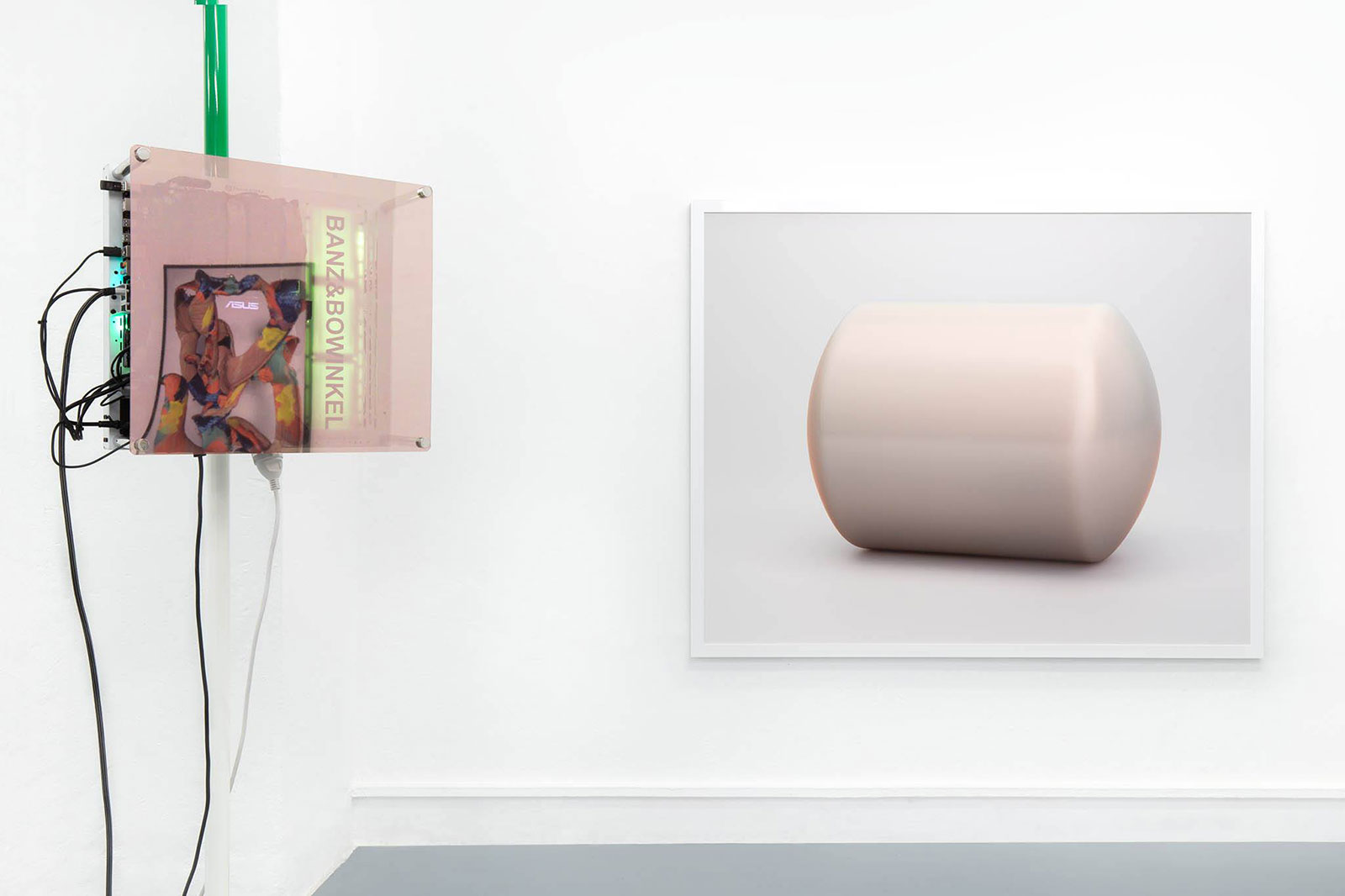 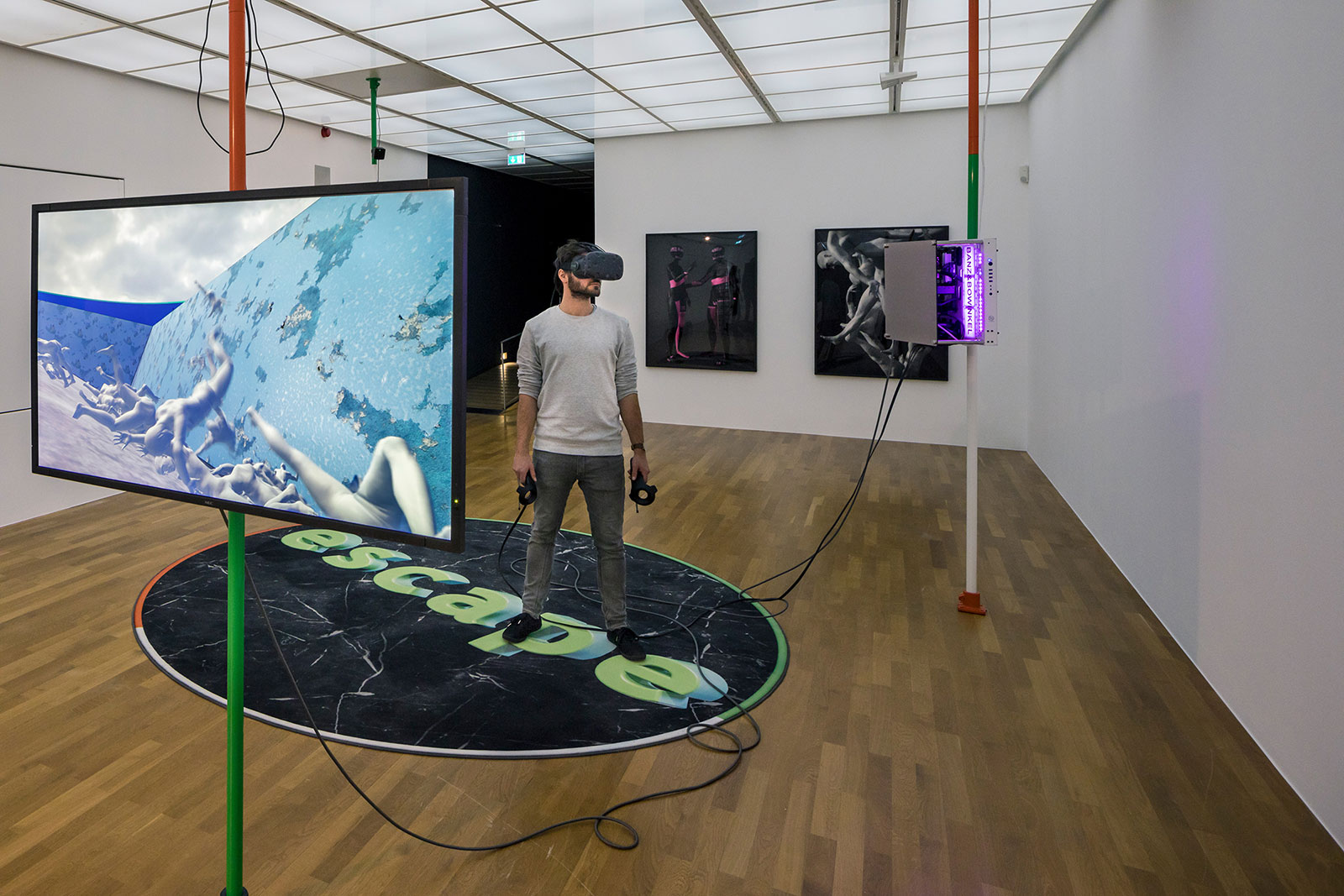 Palo Alto is Banz & Bowinkel’s second work dealing with the representation of a hypothetical virtual reality. Driven by the notion that the virtual world is not the sphere of simulated reality but rather its counterpart, the computer acts as an unconscious force subjecting the meaning of our human society to a new techno-order. In this space, a banal landscape populated by vague minimalist shapes is supervised by a Bentham-esque panopticon tower in the center. The shape of the environment tells the story of its computational origin. Blank avatars fall from the sky, while others randomly run across the terrain or wait idle for the viewer to approach before spewing details of potential utopias. Large and small insects crawl across the ground, evoking Kafka’s The Metamorphosis as well as the story behind the first computer bug. The tower looming in the center of this world represents a Siren Server, standing watch as a controlpoint for societal traffic. This computational pre-construction of reality has its own laws and boundaries; by simulating reality through virtuality these laws osmose through the membrane that connects them. In this way the virtual inflicts its glitches on our reality. This work exposes the viewer to this otherness of the virtual by constructing experiences that root in a real-life-memory but expose them to the logic of the computer, the new perceptual supervisor.