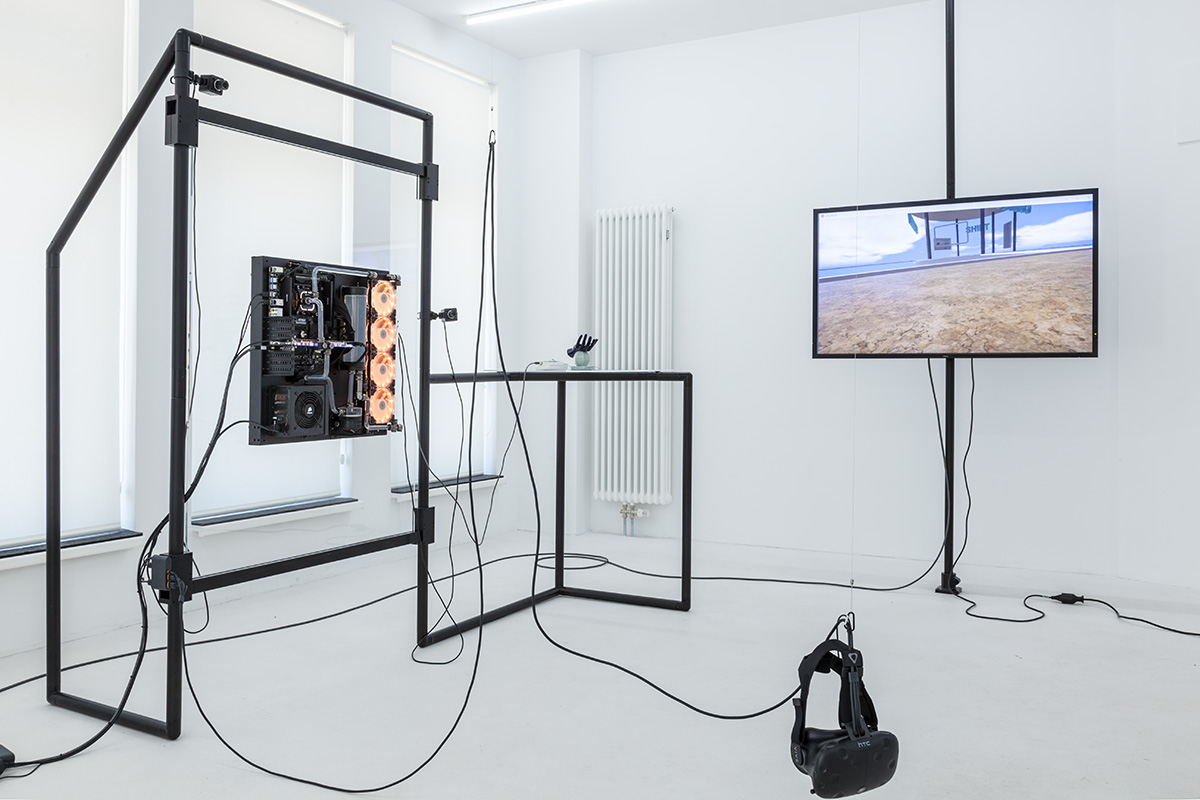 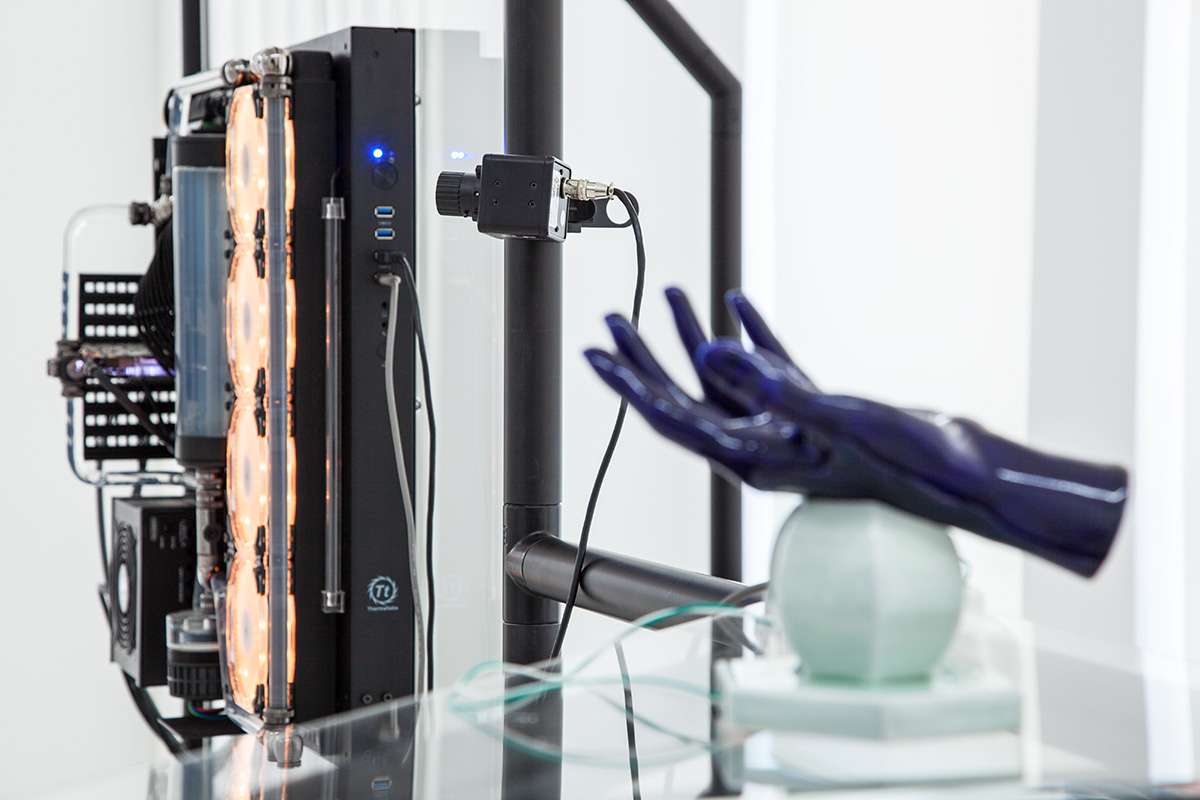 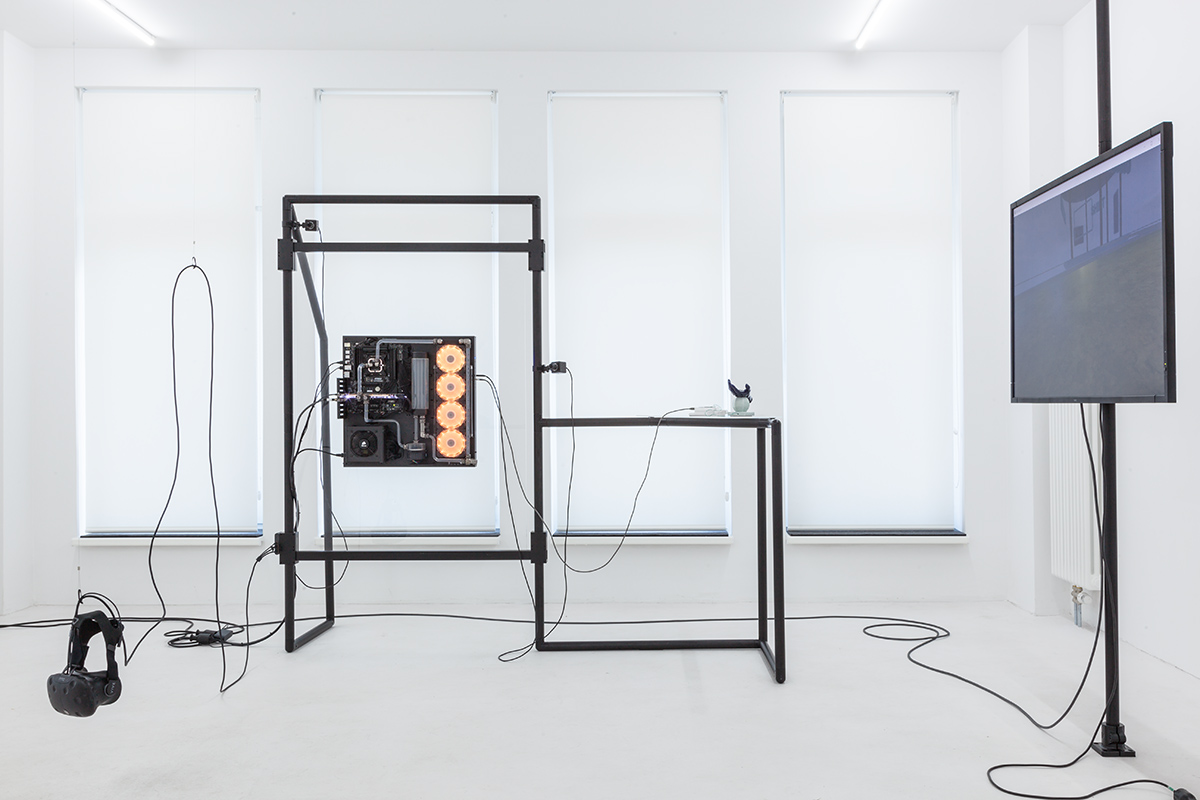 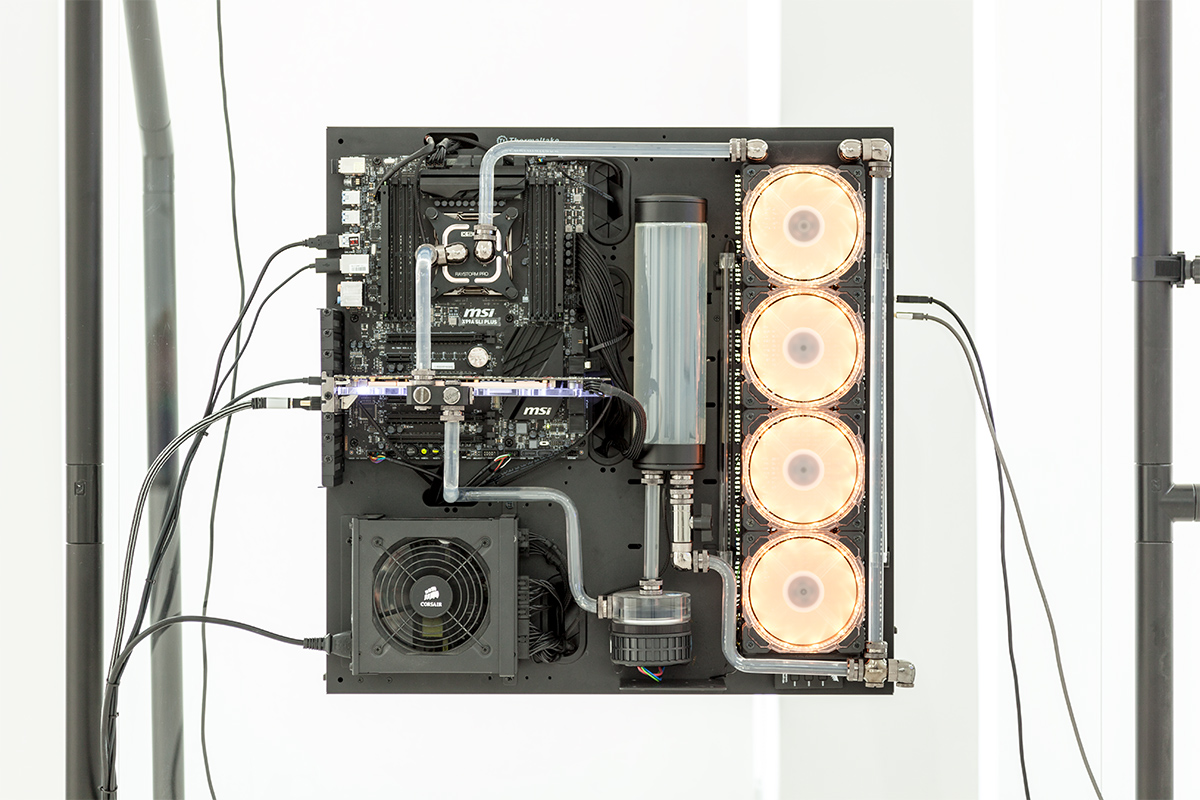 In the VR Experience Mercury (2016), artist duo Banz & Bowinkel relocate the viewer on an archipelago connected by footbridges. Elements of nature, culture or technology intertwine into a surreal terrain in which known physical laws are overridden. Both worlds are interconnected via interfaces such as a webcam and a 3D printed porcelain button. In their work, the artists focus on the human fascination with development, permeation and visualization of so-called reality. This includes the fusion of man with his tool—the computer, which has increasingly become a multifunctional prosthesis (or extension) of our society and the individual. It has proven to be extremely effective at representing reality, as VR simulates a credible alternative to analog, visible world for the eyes: a suggested space where one seems “actually” to be located.

Text by the HeK Team