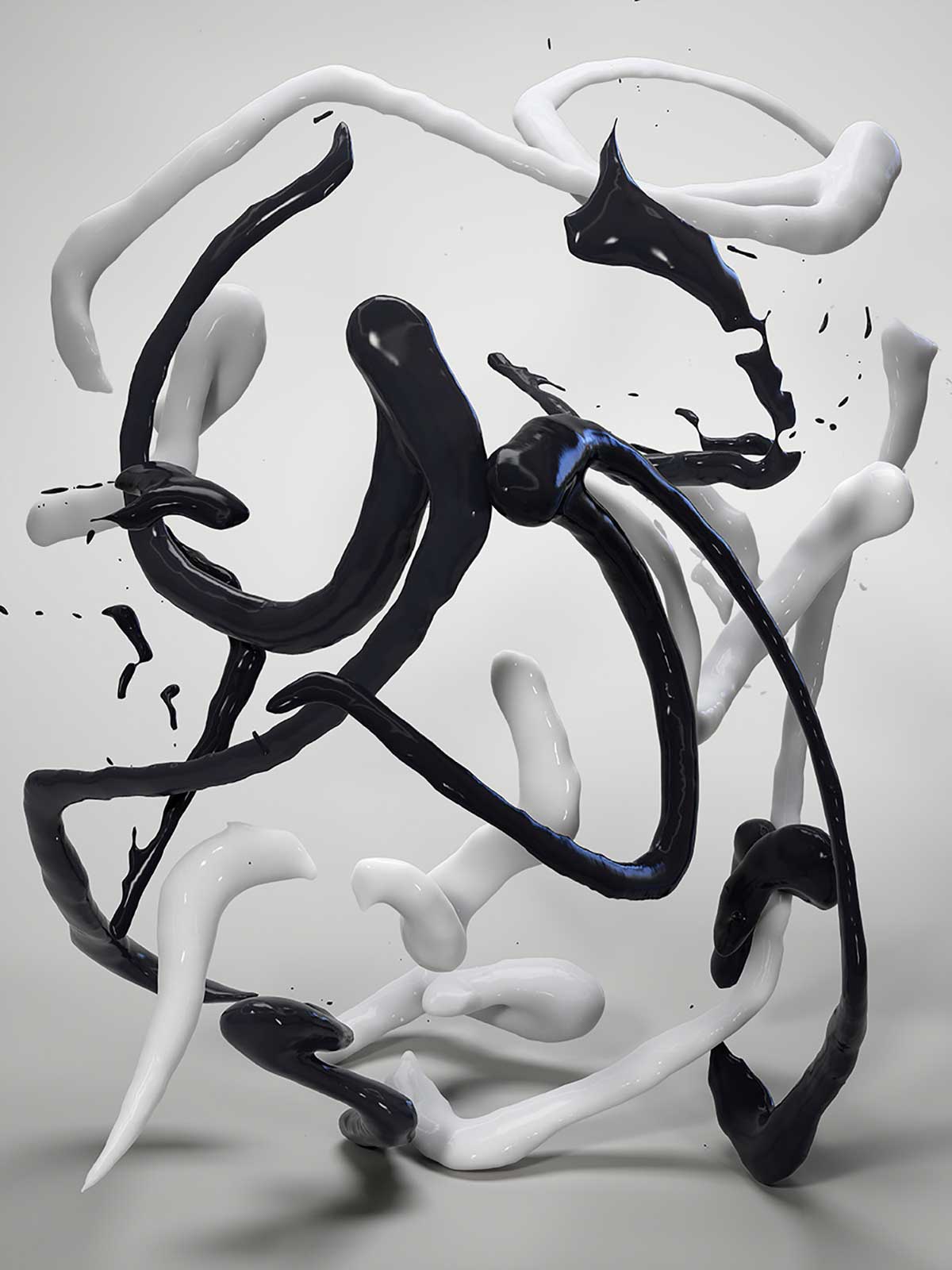 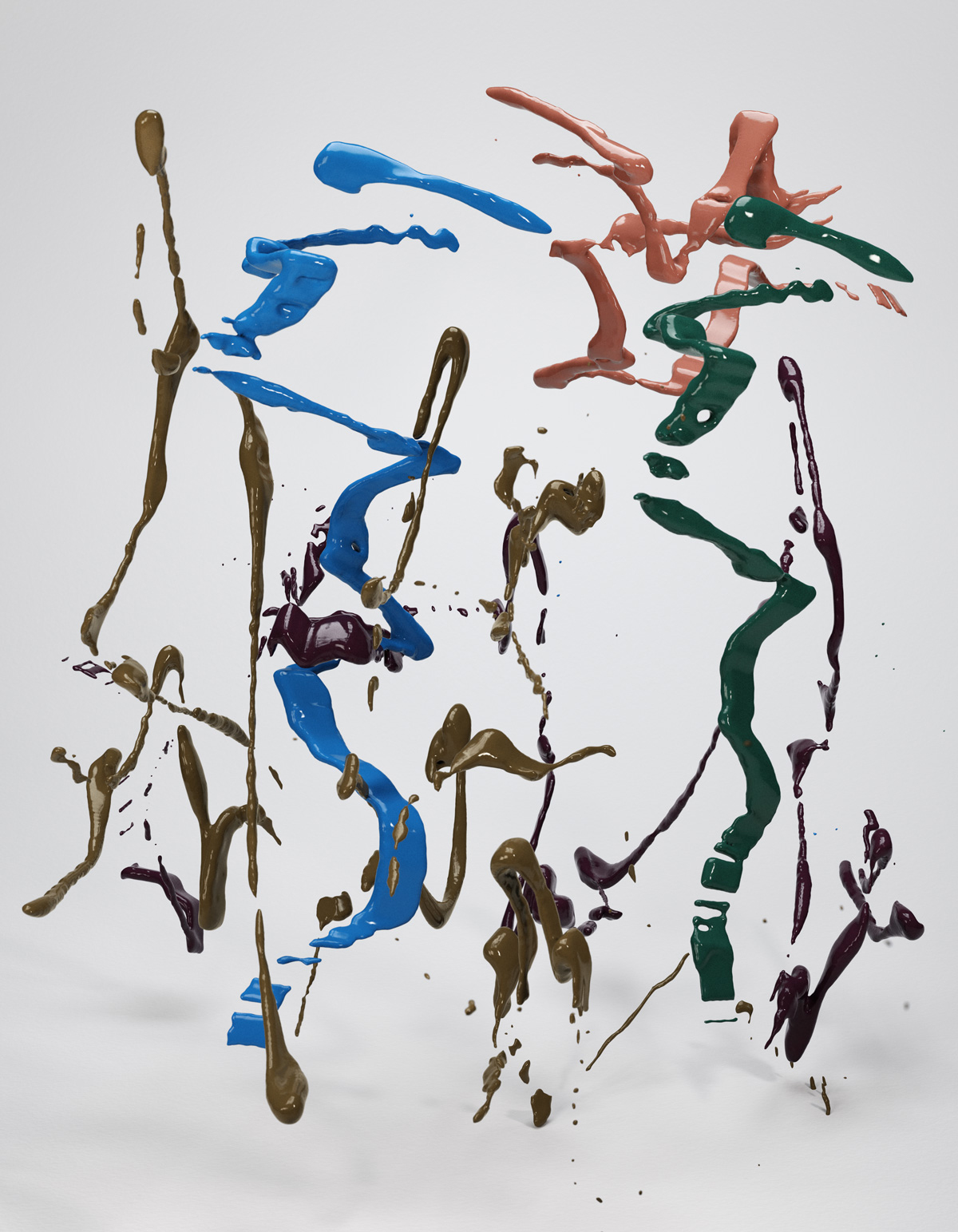 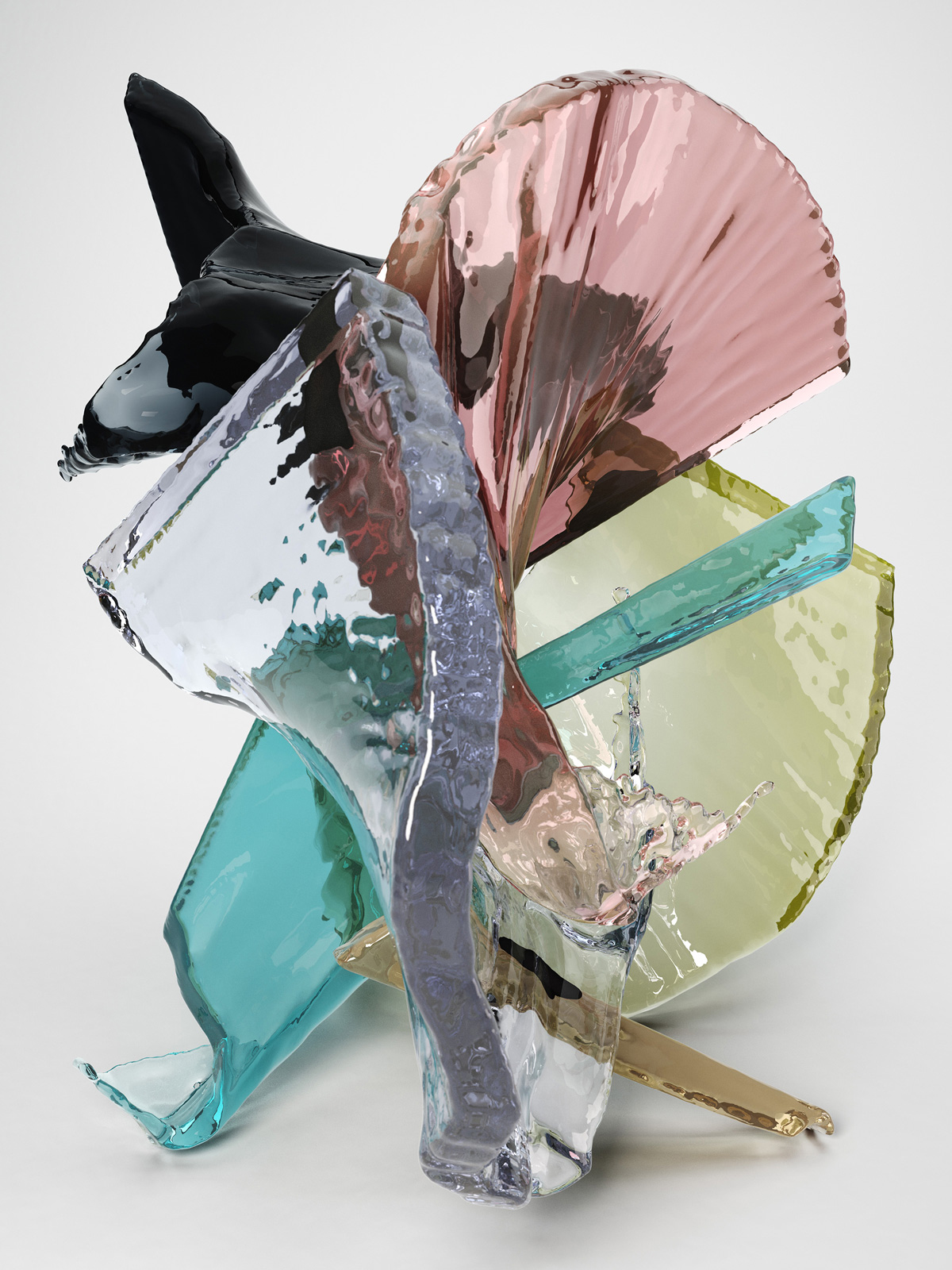 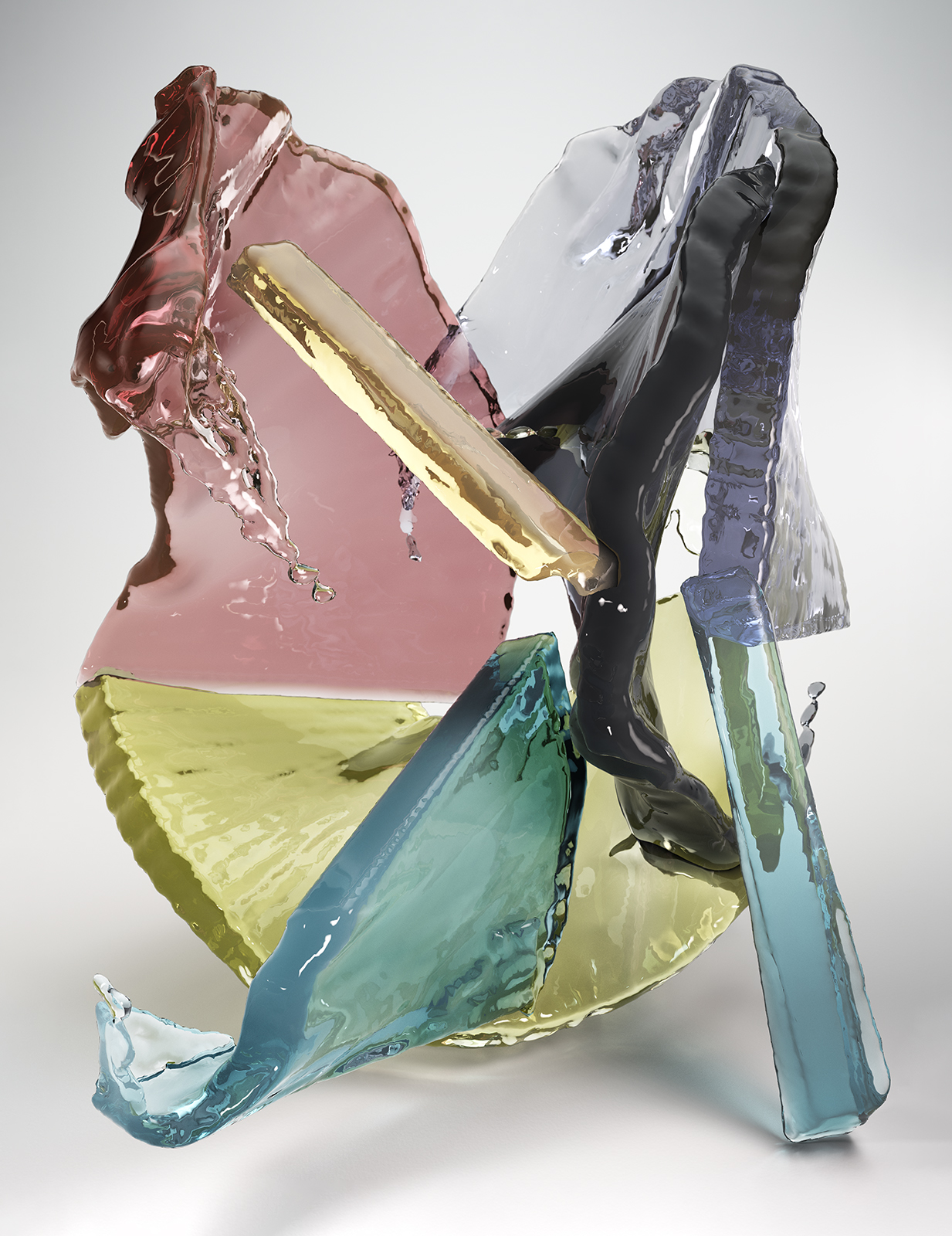 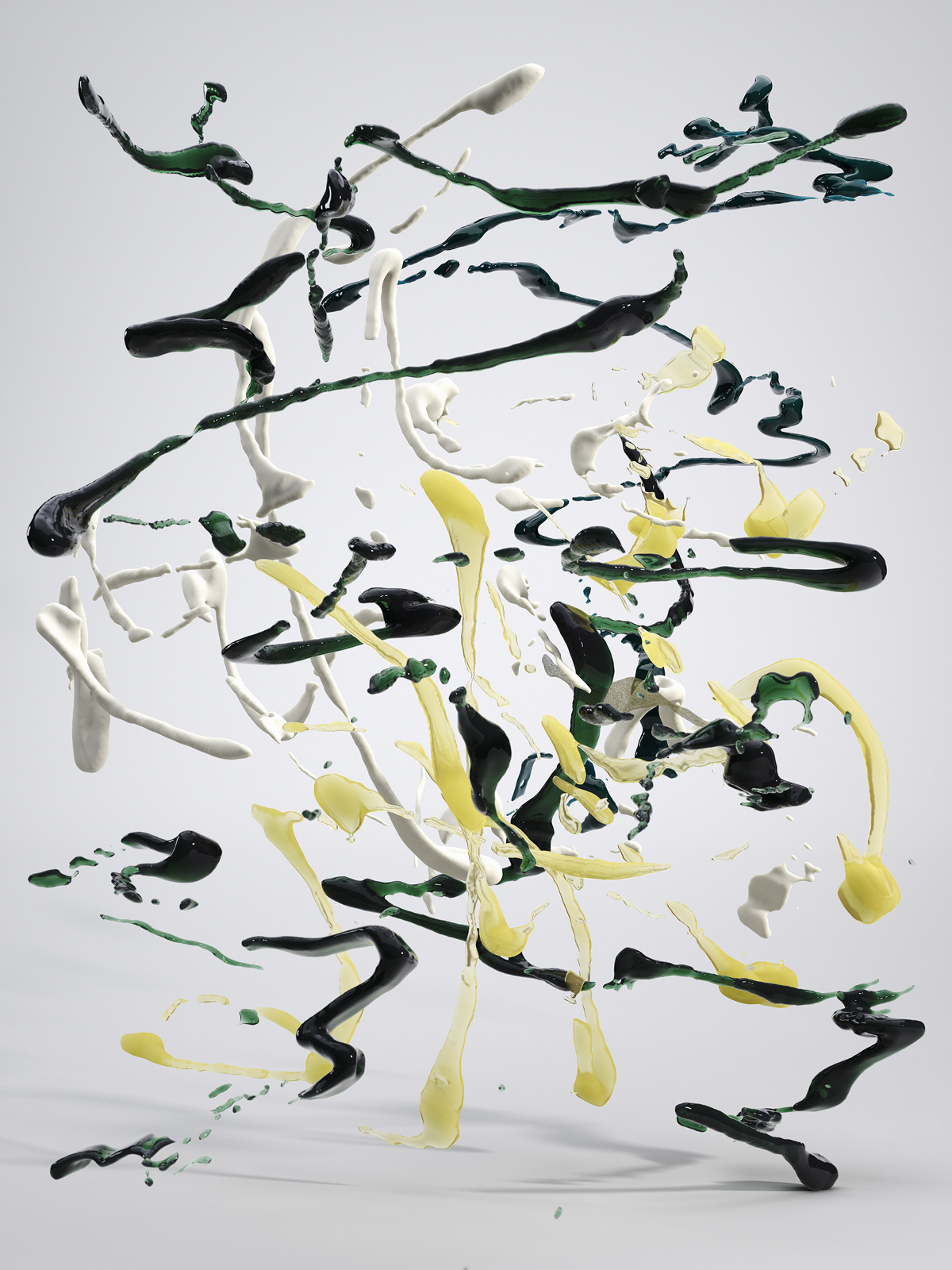 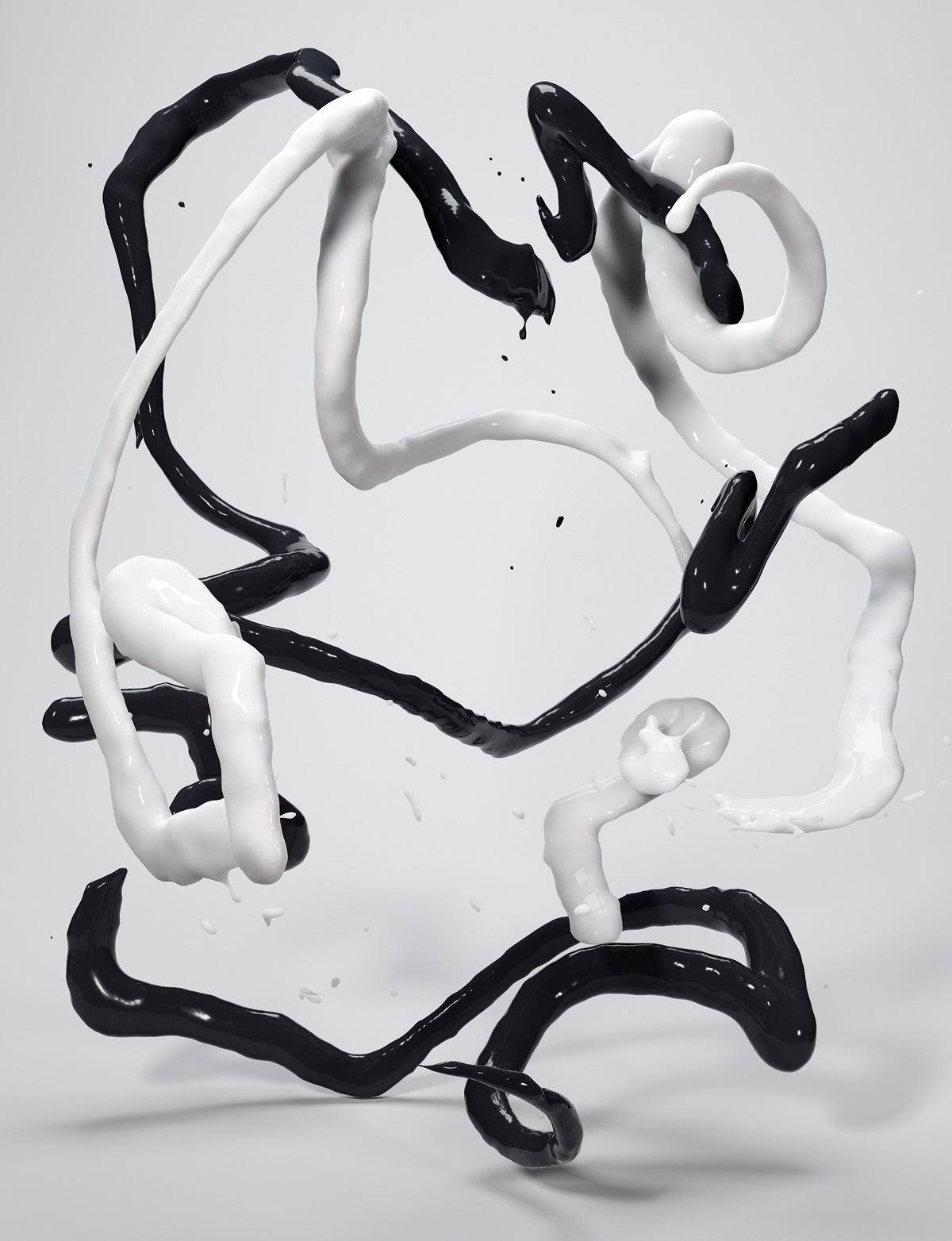 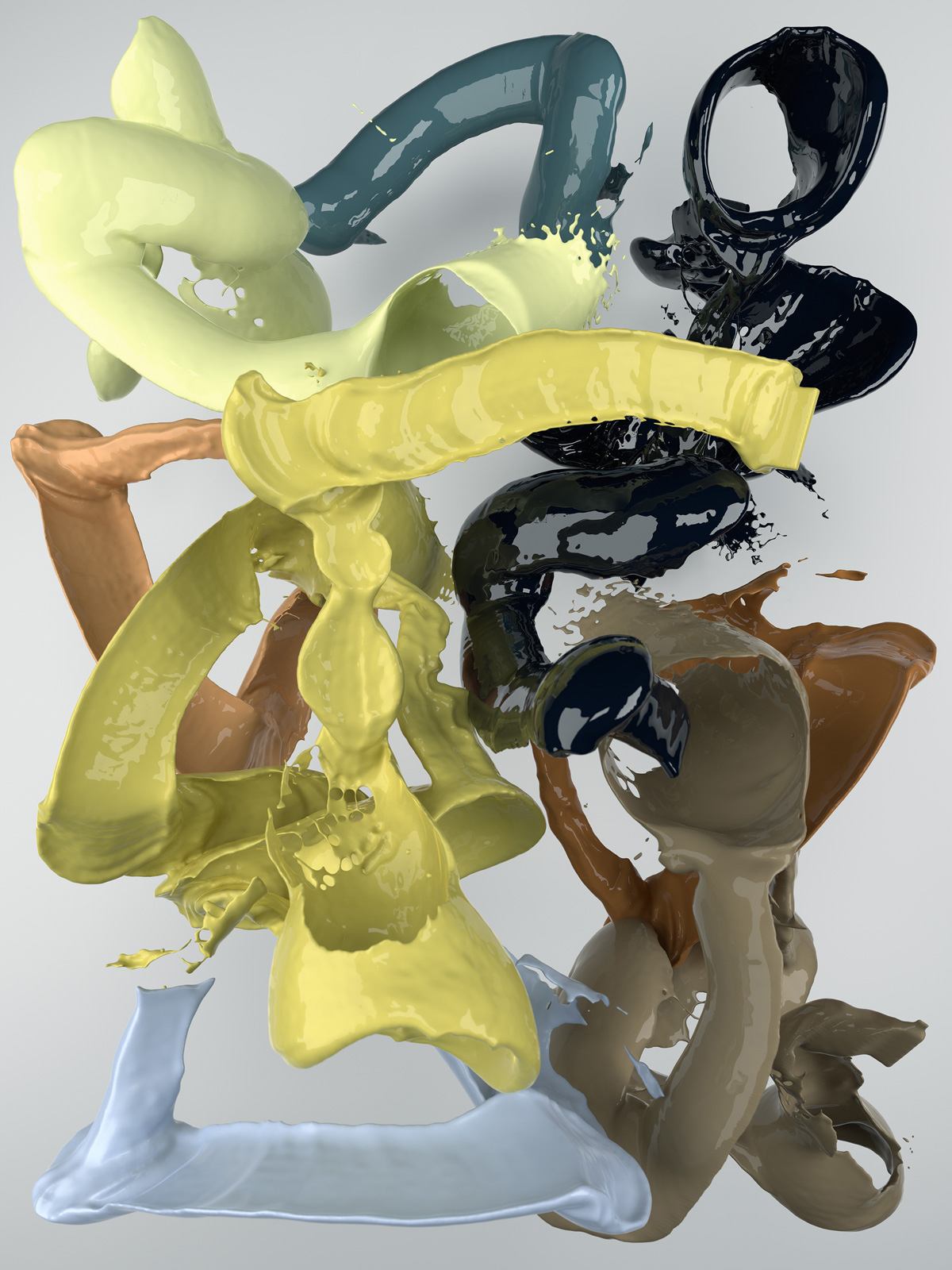 In Giulia Bowinkel & Friedemann Banz series of ”body paintings”, the body becomes the shaping pulse. Recordings of body movements in space are coupled with fluid simulations. The generated forms follow the movement of people, translating physical body language into a transparent-digital gesture, settling in an amorphous body of color. These pigments, which find their form in picturesque expressions, do not stand alone. Transition of shapes are repeated at different times and spaces, then reorganized and expressed in a potential picture-moment that remains flexibel.
Thus, the individual prints are crystallizations from these movements (opposed to moving images) – they exist as situational shots that Bowinkel & Banz situationally link in their presentation. Using a tool for computer-based perception of reality (augmented reality) the artists place another digital layer over the two-dimensional picture of the real exhibitional space and point once again to the complexity of vision: The image is a virtual sculpture, which is only created through the movement of its viewer and varies its shape reflecting the individual’s action in the space. While observing the image reference points arise between the image and human, opening a scope of a definitions, compositions and expansions of reality.